Xiaomi is not yet done with the Mi5 series from last year. This time, a more affordable Mi 5X is now in stores and it features a dual-camera setup. While the dual camera setup was first introduced by Xiaomi in the Mi 5S Plus, the one with the Mi 5X is completely different. 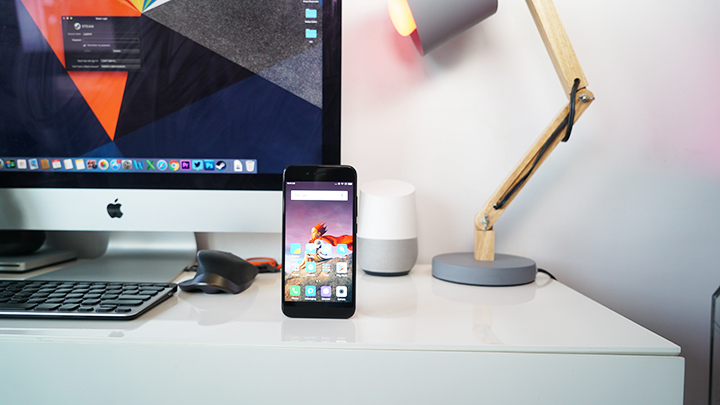 The Xiaomi Mi 5X took quite a lot of design inspiration from the flagship Xiaomi Mi 6 although there are a few noticeable differences in the exterior and interior components between the two. There’s also an uncanny resemblance to the iPhone 7 Plus here as well. Perhaps, that’s what Xiaomi was really aiming for.

The Mi 5X has that typical Xiaomi look that’s inspired by previous Xiaomi devices — plain and looks simple but gives it a slightly industrial look. The large metallic unibody design feels solid on the hands, has a matte finish but slippery on the hands. The overall size is just about right, not too big to be bulky in one hand. 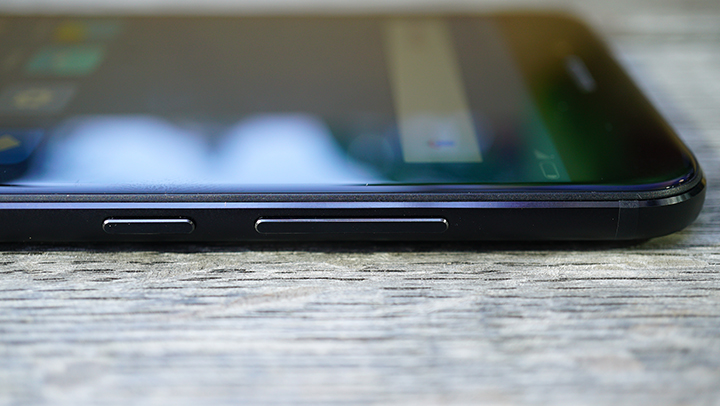 The power button and volume controls are on the right and SIM card tray on the left; the IR blaster and noise-canceling mic ar up top while the 3.5mm audio port, primary mic, USB Type-C charging port and speaker grills are at the bottom. The hybrid SIM tray supports either two nano-SIM cards or a nano-SIM and a microSD in the single slot. 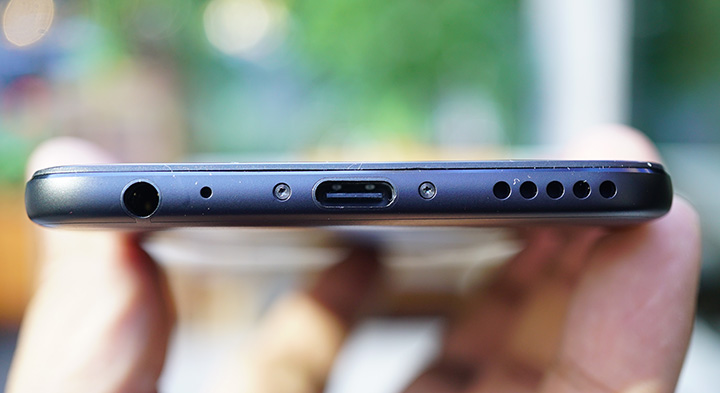 At the back are the fingerprint sensor right in the center, the dual-rear cameras flushed to the upper left corner together with the dual-tone, dual-LED flash and the Xiaomi logo just at the bottom end. There are antenna bands at the top and bottom edges of the device but they’re inconspicuously laid out so it’s not noticeable unless you take a closer look. The fingerprint sensor is fast and accurate, supports up to 5 unique prints at a time. The two camera at the back are flushed towards the top left corner and protrudes slightly from the surface. The matte finish feels nice to the touch and is effective and keeping away smudges and fingerprints.

That all-glass front panel and metal unibody design with matte finish is becoming all too common these days. The 5.5-inch display has an LTPS panel with full HD resolution. The Mi 5X is bigger than the Mi6 which is only at 5.15 inches. Nothing spectacular with the display — just the right pixel density, good colors and contrast, and bright even in the outdoors. The handset has a single down-firing speaker at the bottom that produces a relatively loud and clear audio. You can crank it up to max and it still sounds even and crisp though there’s not a lot of bass in it. Photos are pretty in daylight — clear and crisp, more on the warm side although don’t expect much on low-light performance due to the smaller f2.2 aperture opening. 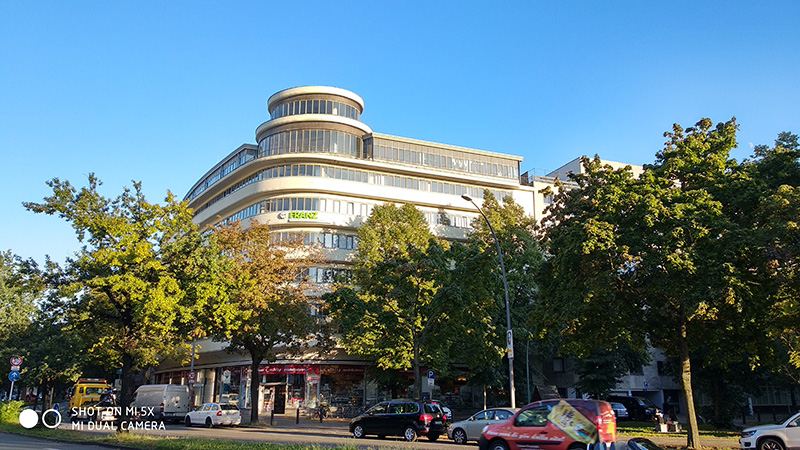 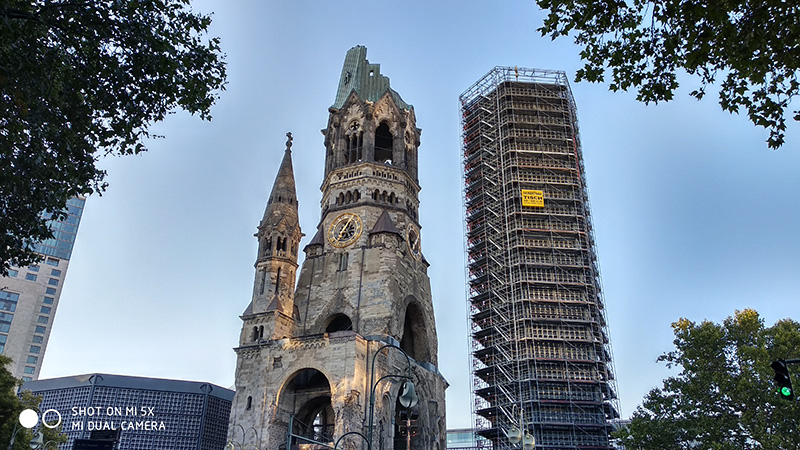 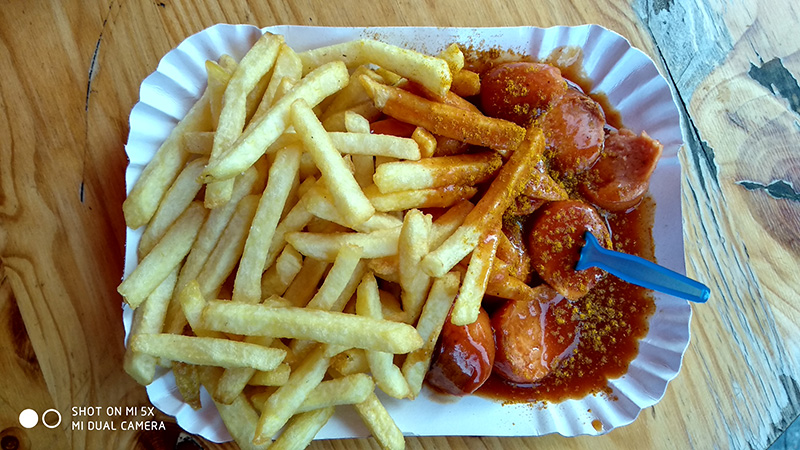 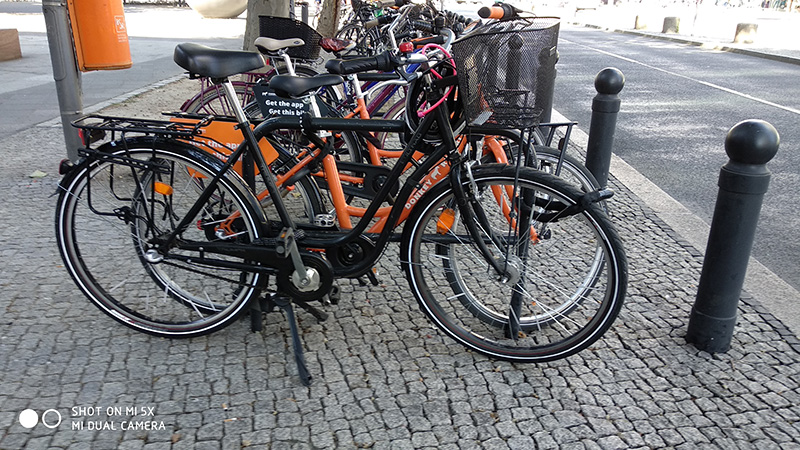 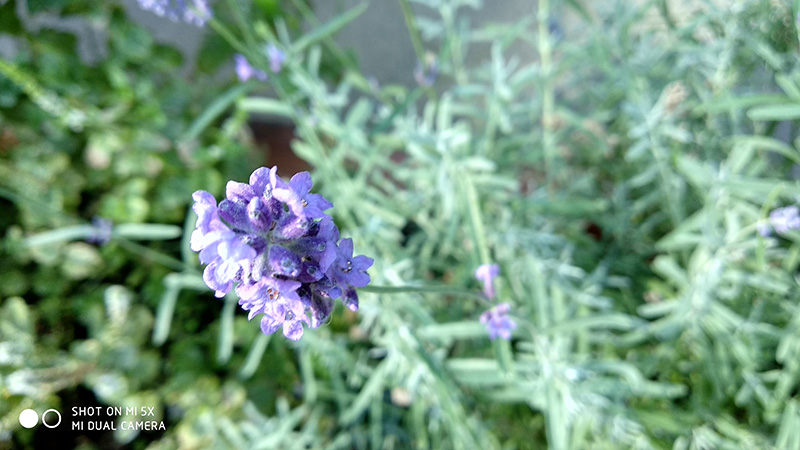 The secondary camera offers 2x zoom to the primary one and while the optics are not the same, the quality is comparable. There are noticeable differences in dynamic range between the two. This is apparent with the darker skies on the zoom lens compared to the brighter one on the primary lens. There’s also a Manual mode that allows better control of settings such as ISO, White Balance, and shutter speed. 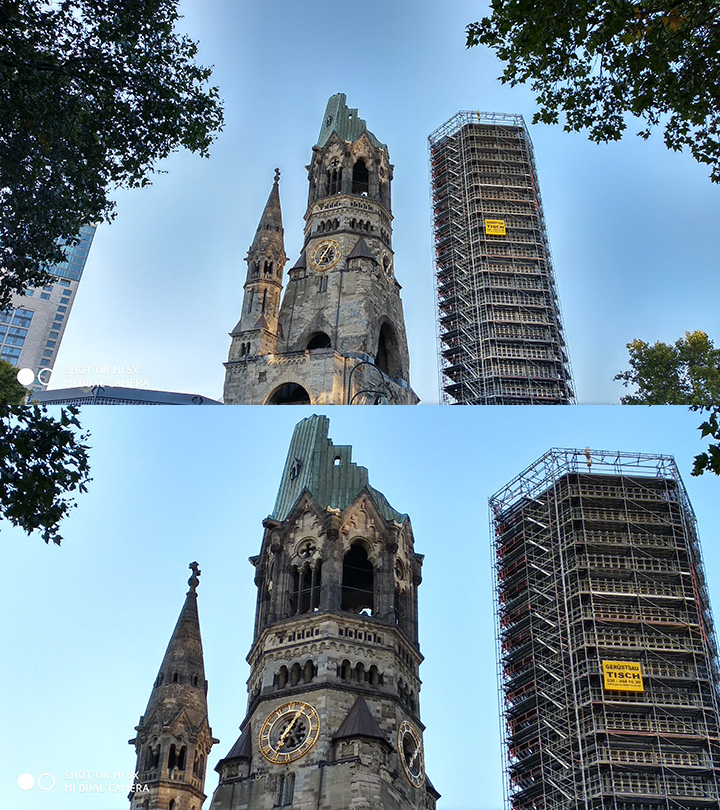 Details are somewhat degraded in the zoom lens but overall it’s still very usable. As for video recording, we can up to 2160p at 30fps and the slow-mo mode captures 720p at 120fps.

There’s no optical image stabilization here so the camera tends to refocus a lot and gives that jello-effect. The zoom lens can also record video. Here’s some sample clips we got:

Xiaomi is no stranger to dual rear cameras so it’s good to hear that they’re using the said setup for a smartphone in this category. We’re just not sold on the idea of an optical zoom lens, especially if it does not have image stabilization.

The Mi 5X runs on a custom version of Android 7.1 Nougat. Although Xiaomi indicated that it’s supposed to come out with MIUI 9, the unit we got only has MIUI 8.5 right out of the box and there’s still no update until today.

While there are not many noticeable differences here (the Xiaomi Mi 6 had MIUI 8.2), we’re waiting for the MIUI 9 update to really see some major improvements. 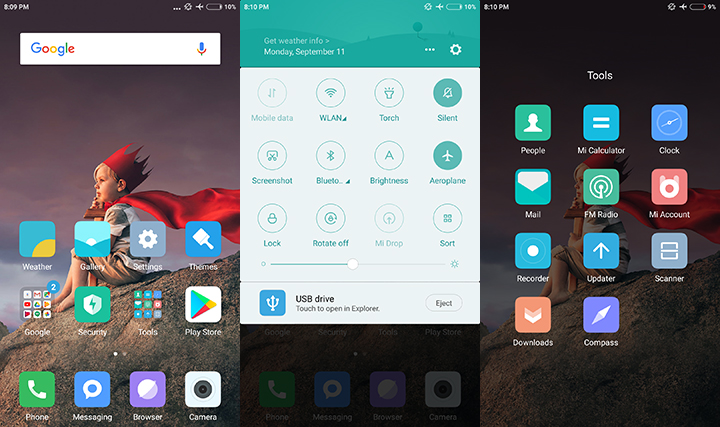 The capacitive buttons (Back, Home and Recent Apps) are placed just below the display but isn’t backlit.

MIUI is a fairly mature ROM and it’s heavily customized to give a unique experience to the user. It also has strong developer community support and this is evidenced with the tons of themes, wallpapers, and apps available to it via the Xiaomi Market.

That being said, we actually like simplicity and robustness of MIUI. The only complaint though is the absence of an app drawer that forces you to hide or group your apps is thru folder.

Powering the Mi 5X is Qualcomm’s Snapdragon 625 octa-core processor, 4GB RAM, and 64GB storage. Xiaomi may not have opted to use the new Snapdragon 660 or 630 chipsets, but the SD625 has proven itself very capable of handling demanding applications and is also good in power management. 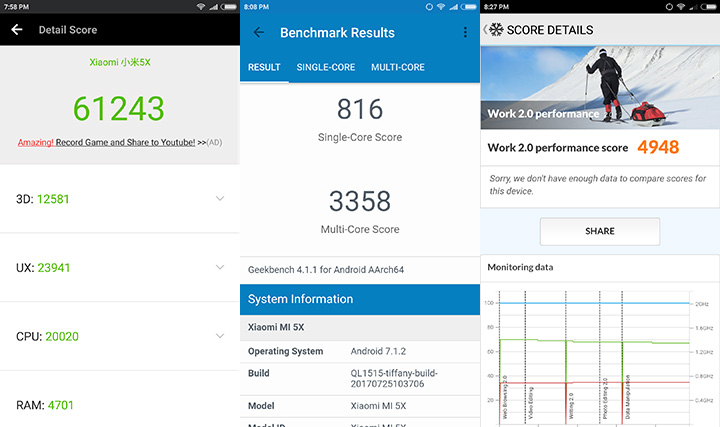 The 4GB RAM and 64GB storage, on the other hand, is more than enough for multitaskers and multimedia-heavy users.

The Mi 5X comes with the usual suite of connectivity options — 4G/LTE, WiFi, Bluetooth, FM radio and GPS with support for GLONASS or BDS. We were also surprised that it came with an IR blaster as well, a feature we rarely see in smartphones these days. It does not have a native remote app but downloading the Peel app in Play Store worked just fine.

There’s no NFC either but we’re not really expecting that for a device in this price category. Call quality is good, signal reception is pretty clear. Voice calls came thru loud and crisp while SMS messages are sent/receive quite fast. GPS signal is pretty accurate as well based on the tests we’ve made. 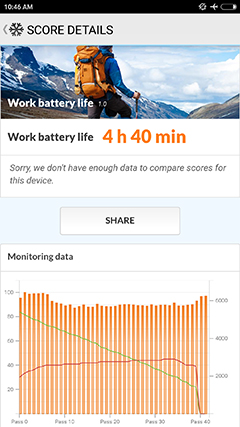 The Mi 5X comes with a decent 3,080mAh Li-Ion battery which is an average capacity for this size of a device. However, multiple tests showed that the Mi 5X didn’t do well enough in this department. 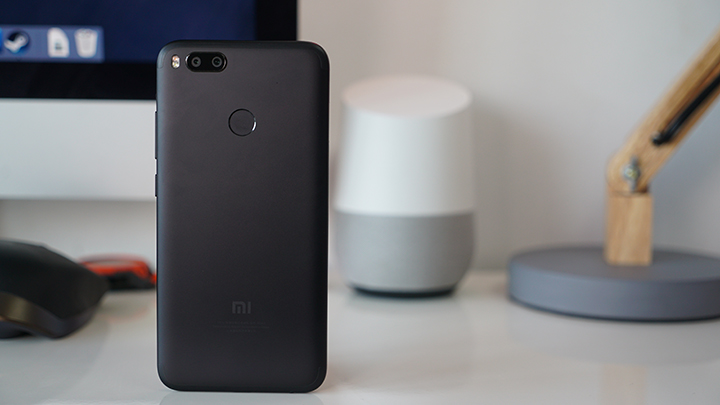 Even in our daily use, the Mi 5X would almost always complete drain the battery from a full charge before end of day. Good thing it supports fast charging.

The Xiaomi Mi 5X is a mixed bag of goodies but not really a master of anything. It’s got a nice design, decent performance, and good hardware. But that’s just it — nothing really outstanding. Even the dual rear camera which is supposed to be its main selling point is only above average at best. It is only good on daylight shots and while the optical zoom feature of the secondary camera does the job well, we don’t see much use for it. 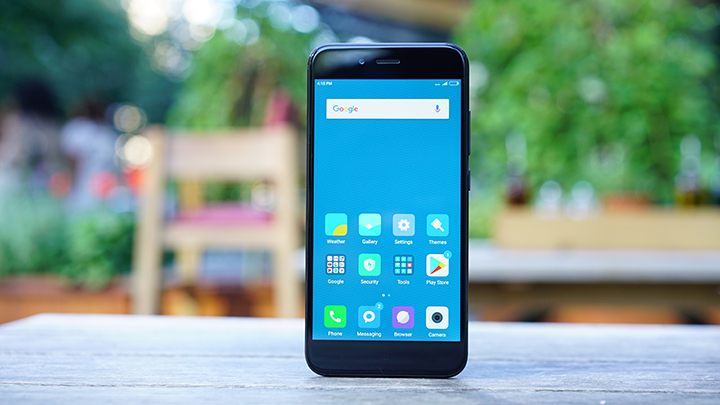 Don’t get us wrong, for its price the Xiaomi Mi 5X is a pretty good, well-balanced phone. We just could not find what it’s really very good at.

Announced just last month with an MSRP of just CNY 1,499 (around Php11,300 when converted to Philippine Peso), the Xiaomi Mi 5X found its way to the Philippines thru online stores at Php13,500 (see listing here).

What we did not like:
* Disappointing battery life
* No optical image stabilization
* No expandable storage