Xiaomi Mi A3 vs Mi A2: What’s Different?

Xiaomi has finally announced the next iteration of its Stock Android-powered smartphone family — the Mi A3. Some people weren’t delighted with its predecessor, the Mi A2, because it lacks some of the key components and including its underwhelming battery capacity. Will the Mi A3 be a huge upgrade to the series? Find out below. 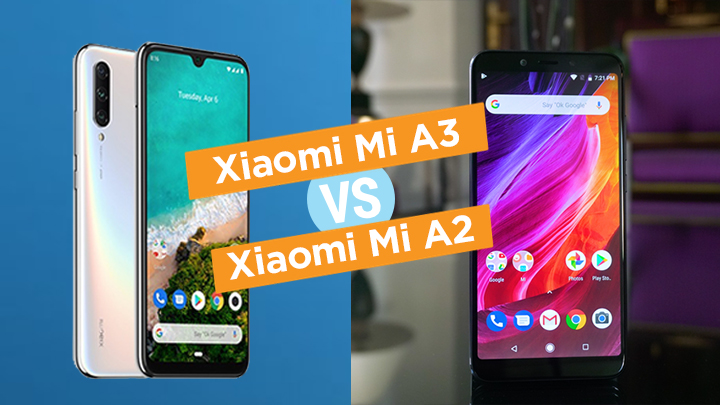 So what’s different between the two Android One powered Xiaomi smartphones?

Looking at the advantages above, you’ll see that Xiaomi did a great job with the Mi A3 in terms of improvements. However, I can’t say the same when it comes to screen resolution.

The Mi A3 may have larger screen size and a Super AMOLED display, but, it only has a 720p screen resolution which is a downgrade from Mi A2’s 1080p display. If you’re fond of watching videos, you’ll immediately know what I’m talking about as a person who already got used to Full HD resolutions.

For performance, the Mi A3 comes with a Snapdragon 665 chipset which is newer than the Snapdragon 660 of the Mi A2. Both chips have the same Kryo 260 Cortex-A73 and Cortex-A53 processors; however, SD 660 provides a faster clock speed than the SD 665.

It’s also worth noting that the Mi A3 now has a 128GB storage option with expandable storage, which is still important to a lot of people.

Camera-wise, the Mi A3 has a 48MP primary rear camera which is powered by an unspecified Sony sensor. Aside from that, it also has dedicated depth-of-field and ultra-wide lenses, which is pretty neat. In our previous review, the Mi A2 showed its camera prowess thanks to its optimized camera software. We’ve yet to know how the successor fares, but based on Xiaomi’s pattern, it should have better camera quality.

For features, the Mi A3 revives the 3.5mm audio port which is an excellent addition to any smartphones. The physical fingerprint scanner is also gone as it is replaced by the under-display sensor that can be found in some Xiaomi smartphones nowadays.

For battery performance, it’s great that Xiaomi addressed the low battery capacity issue that many people have with the Mi A2. It now has a significantly larger capacity, which should be the standard for mid-range smartphones nowadays.

If you’re a Mi A2 user planning to upgrade to the Mi A3, I’d say that this is worth getting if you want to keep that stock android experience. The only beef that you’ll have here is that it only has an HD+ display with little improvements to CPU performance which are both a deal-breaker for me. If you’re a gamer; however, I’d recommend that you get this device.

it’s a misnomer to call this A3 when the previous model A2 had a higher resolution screen. clearly cutting corners here, Xiaomi…

720p display is an unacceptable downgrade