Xiaomi’s latest addition to their entry-level series is the Redmi 9A. It’s more affordable than its predecessor the Redmi 8A, and you might even see it as quite a downgrade—but let’s see! We’ve had the phone for more than a week now and here’s our full review. 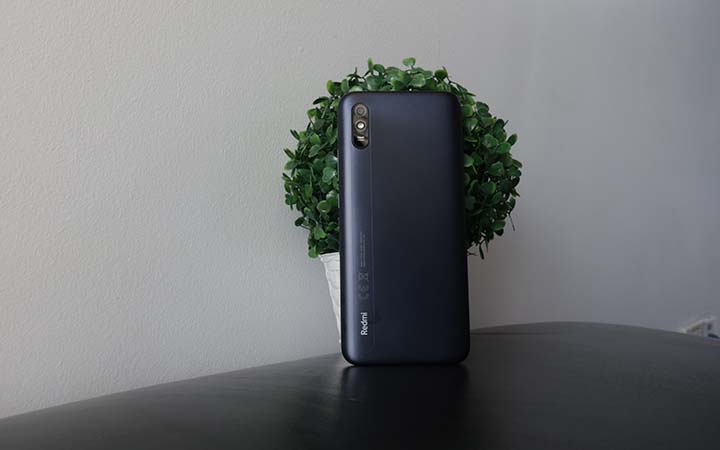 When we see budget smartphones, we don’t really expect too much ergonomically. Oftentimes we get a polycarbonate body, IPS display, and just the essential buttons and ports. Now the 9A has all that qualifications in bold solid colors like this Graphite Gray unit that we have. It’s not “glasstic” but it has some textured lines at the back making it look more classic. 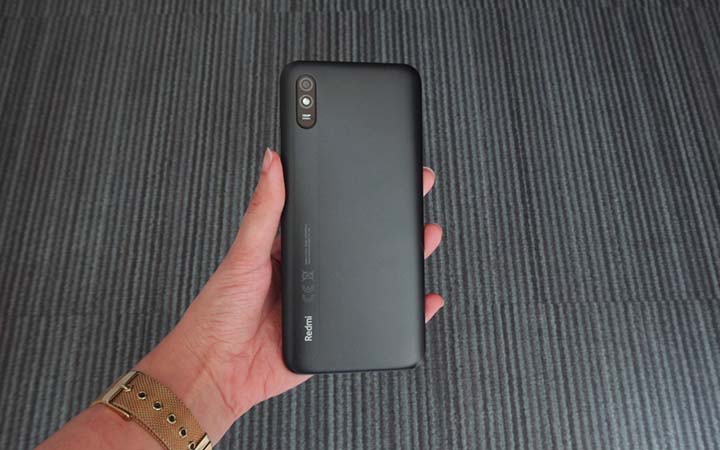 You’ll also find here its single rear camera stacked vertically with the LED flash and some branding. The camera module has a short bump, but it doesn’t make the phone slip or wobble when placed on flat surfaces. 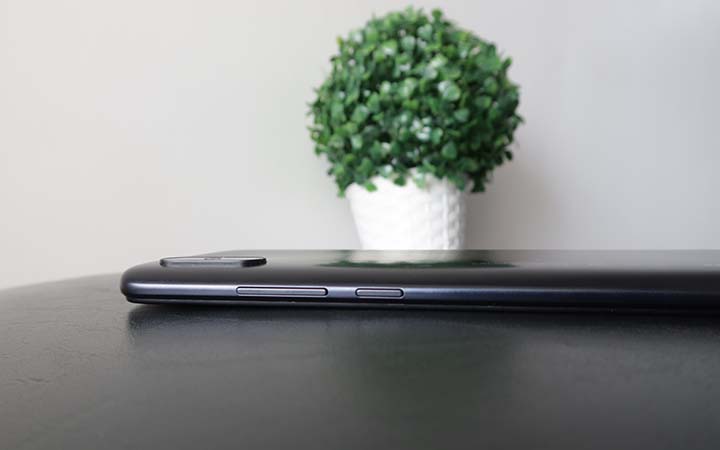 Unfortunately, there’s no fingerprint scanner in-sight and even on the sides so it purely relies on facial recognition and passcode for unlocking.

Located on the right are its volume rocker and power button, while on the left is its SIM tray for 2 nano-SIM cards and a microSD card that’s expandable up to 512GB. There’s a headphone jack on top, while at the bottom are its main microphone, micro USB port, and loudspeaker. 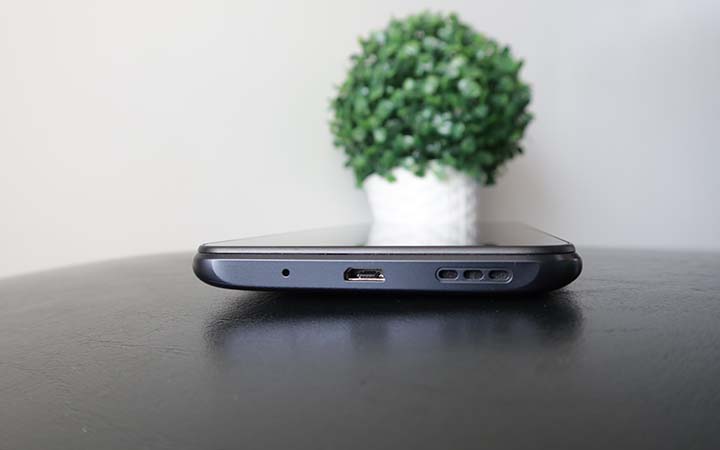 As for the display, the 9A has a 6.53-inch HD+ Dot Drop IPS LCD screen with a 20:9 aspect ratio and a pixel density of 269ppi. I must say, the dewdrop notch is out of date, but Xiaomi seems to purposely chose it since you can now access your notifications on MIUI 12 by swiping down from the upper left and access the control center shortcuts by swiping down from the upper right. And I have no complaints about that. Talk about display quality, we get clear and accurate colors, but don’t expect them to be too punchy. You can customize the colors and saturation in the settings, and I recommend that you leave it on auto mode since this feature will adjust the colors automatically based on the phone’s current brightness level. And speaking of brightness, the Redmi 9A also has good outdoor visibility as it’s capable of up to 400 nits. 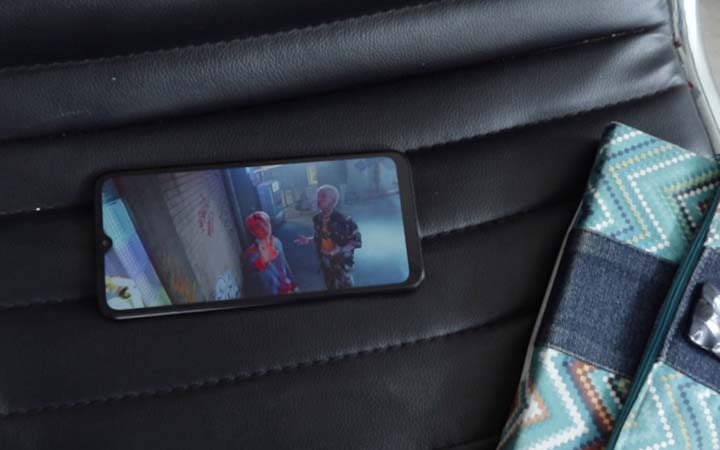 Take note though that since it has an HD+ resolution, YouTube videos are limited to a maximum resolution of 720p.

Audio-wise, sound from its single downward-firing speaker is loud enough for a small room. However, extending the volume to full 100% can sound tinny depending on what you’re listening to. Nonetheless, the sound quality is clear and average with pretty decent bass.

When it comes to cameras, at the back is a single 13MP lens while on that notch sits a 5MP selfie shooter. Photos taken from the rear camera aren’t that bad. Under natural lighting, you can observe clear and sharp photos with decent dynamic range. Colors are usually close to normal but we suggest that you take more than 1 shot since some output can look pale or blurry.

It does a very good job in this case for portrait mode. However, it’s not ideal for night photography. Besides the lack of night mode, photos can look a lot grainy and filled with shadows.

As for videos, you can shoot up to 1080p at 30fps, and I’m gonna be honest with you that you’ll get a budget quality that’s not too good, but it should suffice.

Now it gets more interesting with software as the Redmi 9A packs Xiaomi’s latest MIUI 12 that’s based on Android 10 out of the box. It’s the first time that I’m getting a closer look at this new update, and what can I say, it’s great! It’s like a hybrid of iOS and Android. 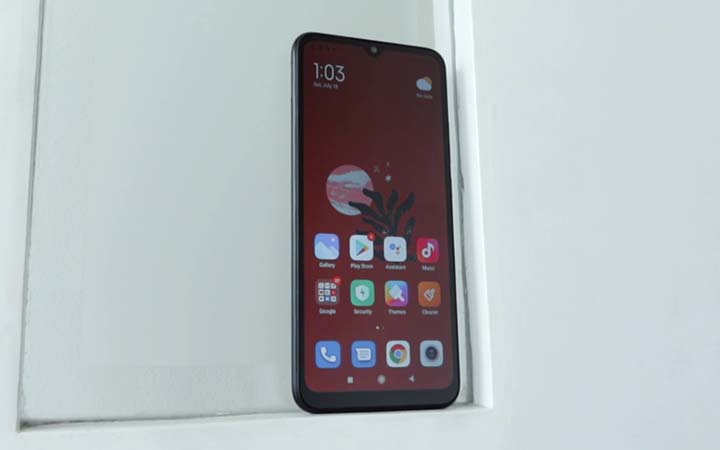 MIUI has been known to be well-equipped with customization features and it still is, except that they incorporated it this time to a cleaner, modern, yet still familiar to their usual interface.

You still get an app drawer option as well as navigate with gestures, and just like what I said earlier, the notifications and control center are now more organized since they’re located almost similarly to iOS 13. 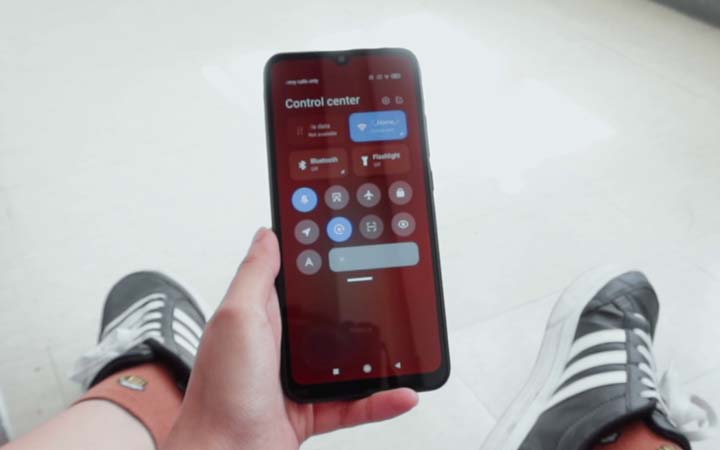 Other than that, it has fewer ads, and you get the usual pre-installed apps including games (that you most likely won’t play), Facebook, Netflix, Google apps, and Xiaomi’s own apps. As for other features, you can take advantage of its native dark mode, screencast, and Wireless Display to screen mirror to your Smart TV or other available monitors via Wi-Fi.

Now I did mention that this phone only relies on face-unlock and passcode for unlocking—which is a bummer when you’re used to fingerprint scanners. However, its face-unlock surprisingly does the job. It doesn’t always work fast but it manages to detect my face even when I’m wearing a mask or eyeglasses.

As for performance, powering the 9A is the latest MediaTek Helio G25 chip with a PowerVR8320 GPU, 2GB of RAM, and 32GB of internal storage. With this configuration, we get fairly decent performance with some slight delay in feedback at times. 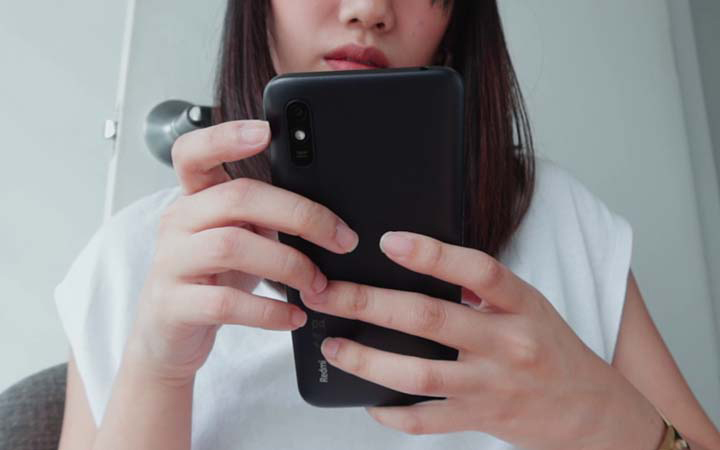 But generally, doing basic tasks such as navigating, texting, calling, and taking photos run smoothly on the 9A. Just make sure to keep it optimized since running too many apps in the background can result in some stuttering.

We ran it through our usual benchmark tests, so check out the results below:

Author’s note: 3DMark failed to run on our review unit, so we don’t have the scores.

For day-to-day use, the processor is efficient enough. However, since this is an entry-level device, playing heavy games like PUBG, Asphalt 9, and Mobile Legends are playable but do expect a laggy experience. Obviously, this phone isn’t built for gaming but can be good for online classes if that means you’ll mostly use it for video calls, messaging, or mobile office apps. 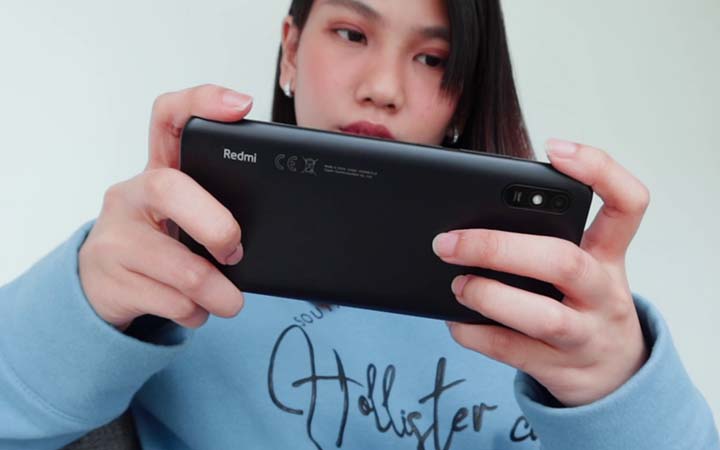 The Redmi 9A comes with standard wireless connectivity features such as 4G LTE, WiFi 802.11 n, wireless hotspot, Bluetooth 5.0, GPS, and FM Radio. It would have been nice to see a USB-C port, but given the price point and positioning of this phone, micro USB is expected. Keeping this device running is a large 5,000mAh battery capacity that’s similar to last year’s Redmi 8A. Although if you can remember, the 8A has 18W fast charging and a Type-C port compared to this 9A’s 10W charging support via MicroUSB. It’s one of the things they sacrificed to achieve that cheaper price. And we think it’s okay since the phone can last you a whole day and even more if you’re not a heavy user. So you won’t really need to look for a charger or power bank every now and then. 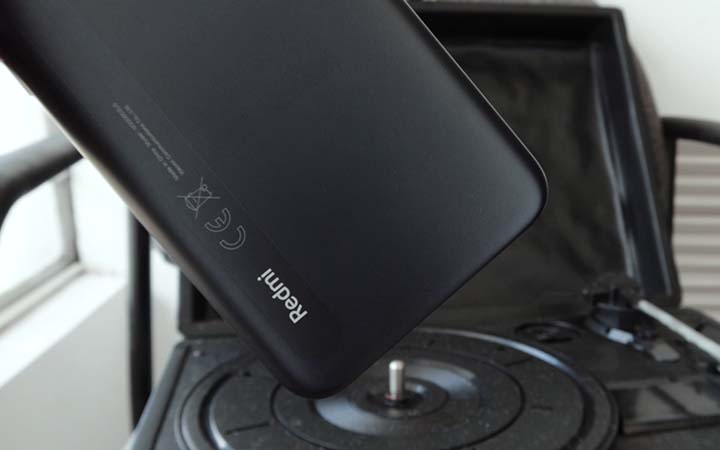 Alright, we’re down to price. The Redmi 9A is now available locally via Xiaomi’s Flagship store on Lazada and Global Store on Shopee for PHP 4,590.

We’re really liking MIUI 12 but you know it’s not enough reason to get the Redmi 9A. Now why you should buy this phone is because its affordable price justifies what it offers. Sure it doesn’t have a Type-C port like the Redmi 8A, but honestly most phones in this price really still pack MicroUSB ports and large batteries to keep you powered up the whole day. Mind you, we’re talking about a PHP 4,590 price tag here. Plus, this one offers a more optimized experience compared to the 8A with the MediaTek G25 and that MIUI 12 to add up.

Although, if you have the extra 1000-2000 pesos cash to spare, there are more options in the market for better entry-level performance. Well, some of them just don’t have Google Mobile Services—if you know what I mean.