NBA to use Microsoft Teams to digitally bring fans to arenas

NBA has recently announced its partnership with Microsoft for creating a virtual experience for fans despite the global pandemic. 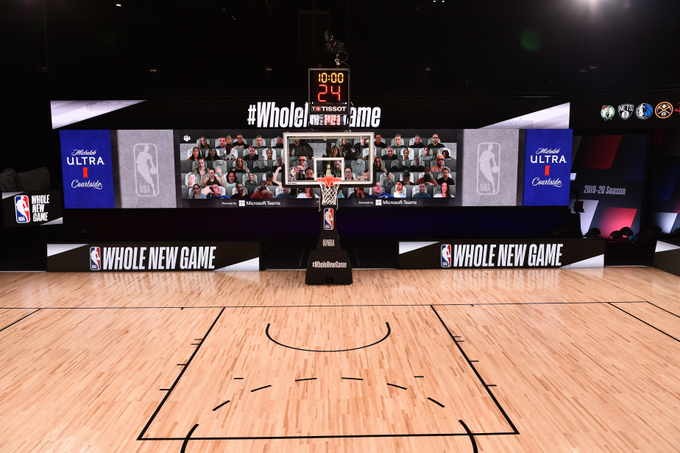 As tweeted by Microsoft, NBA will utilize Microsoft Teams to bring fans together virtually through a feature in the said platform. Starting July 30, NBA will equip its official venues with a 17-foot-tall LED screens to bring up to 300 fans on one shared screen through the Microsoft Team Together Mode. Participants may watch the game live through the platform and cheer for their favorite players and team as the game is being broadcasted.

Reimagining?how?@NBA fans and teams experience the game of basketball with?Together?mode?in?@MicrosoftTeams.

Apart from this, the NBA has also partnered with ESPN and Turner Sports for the installation of more than 30 cameras, including robotic ones, and microphones on each venue to provide an immersive experience to fans. Fans may also use various NBA platforms such as the NBA App, NBA.com, Twitter, and NBA Digital to check out updates regarding the games. They may also explore the official court in Orlando through Snapchat and see featured videos from fans around the world on TikTok. 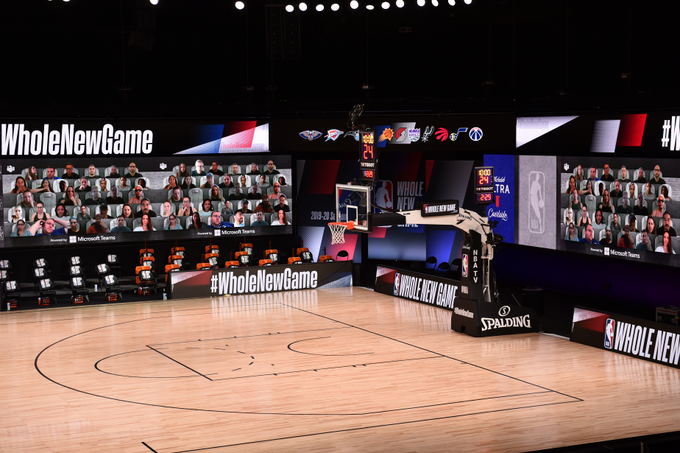 “Our goal is to create an enjoyable and immersive experience where fans can engage with each other and maintain a sense of community as we restart the season under these unique and challenging circumstances,” said Sara Zuckert, NBA Head of Next Gen Telecast.