From high specs to competitive cameras, up to affordable prices, there’s no wonder why a lot of people are looking forward to the new Redmi Note 9 Pro. As we dive deeper into the overall performance and features of the Note 9 Pro, know that the Global version is what will be available in the Philippines

Probably the first thing you’ll notice is that it looks similar to the Note 9s. And there’s really no physical difference even with the size. Either way, we’re not complaining. We do like this new approach to the Redmi Note series. It’s sleek and premium looking with a glass back sealed with Gorilla Glass 5 and that square camera module. Underneath that are its LED flash and some Redmi branding. 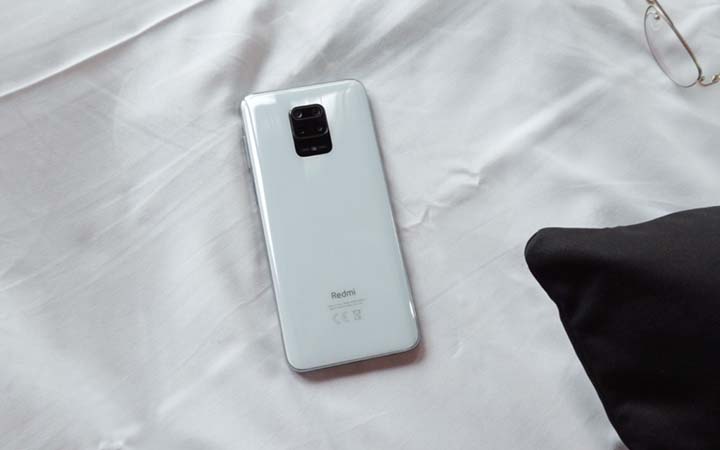 Holding the phone, there’s a heft to it but it’s not really bothersome and it’s still easy to grip with its curved edges. I only get tendencies to slip the phone when not placed on steady flat surfaces due to its glass back, so better put a case on. 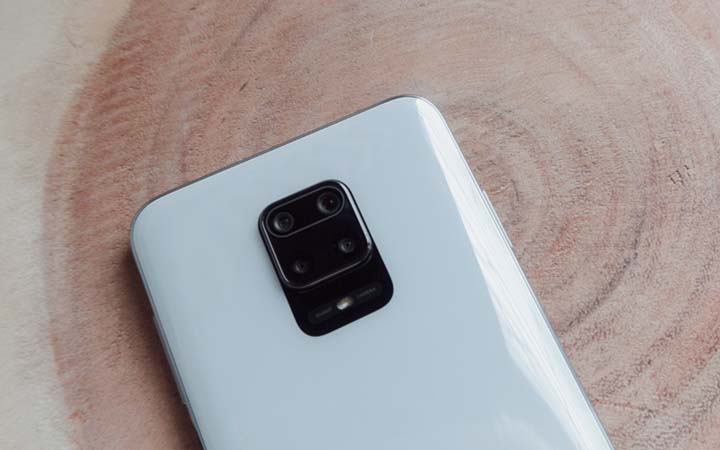 What we have here is in the Glacier White color, but you can also opt for the Interstellar Grey and Tropical Green variants. 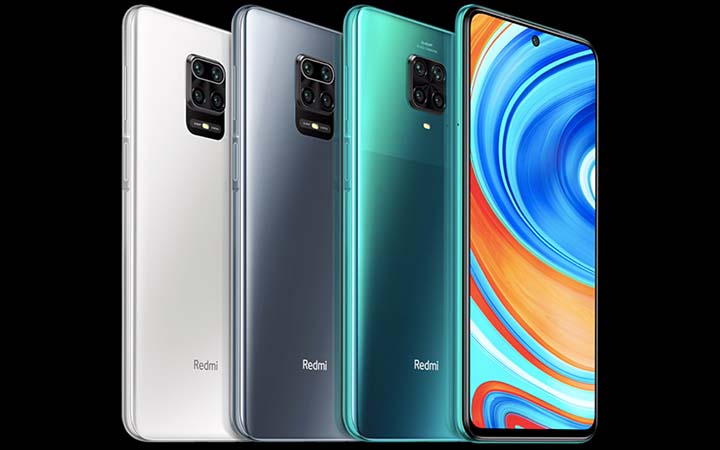 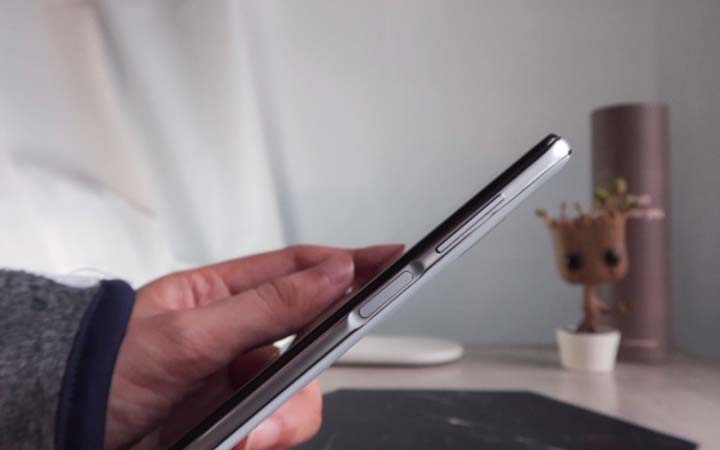 Meanwhile, on the left, you’ll find its triple card slot for two nano-SIM cards and a microSD card that’s expandable up to 512GB. 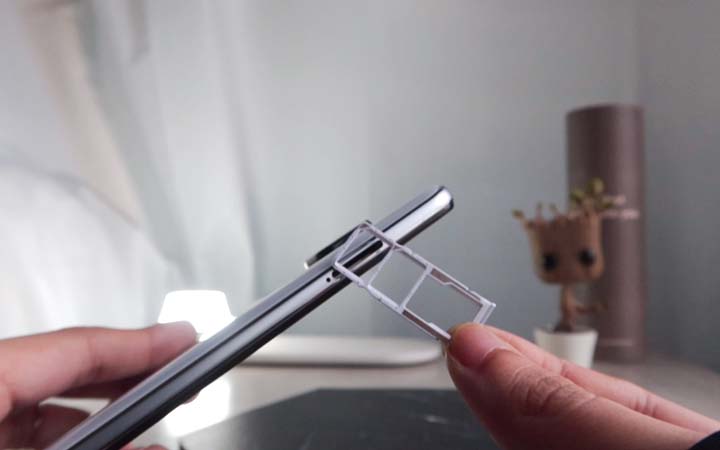 Up top are a secondary microphone and an IR blaster. While at the bottom you’ll find its loudspeaker, main microphone, USB Type-C port, and yes, a headphone jack. 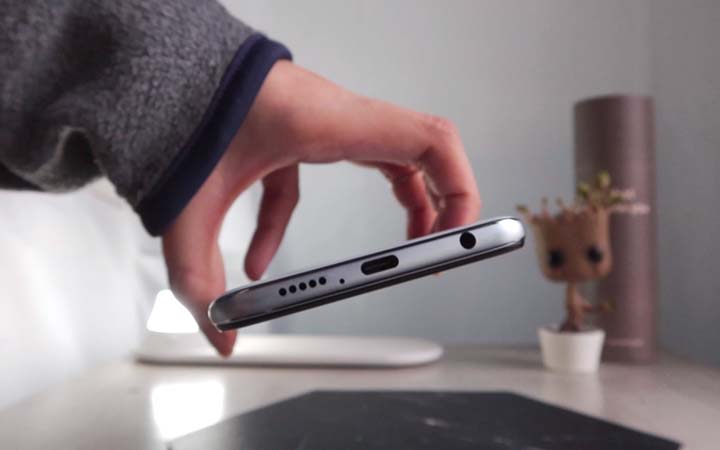 We get a 6.67-inch IPS LCD DotDisplay with a resolution of 2400 x 1080px and a pixel density of 365ppi. It’s also protected with Gorilla Glass 5 plus a pre-installed screen protector that’s always nice to see. 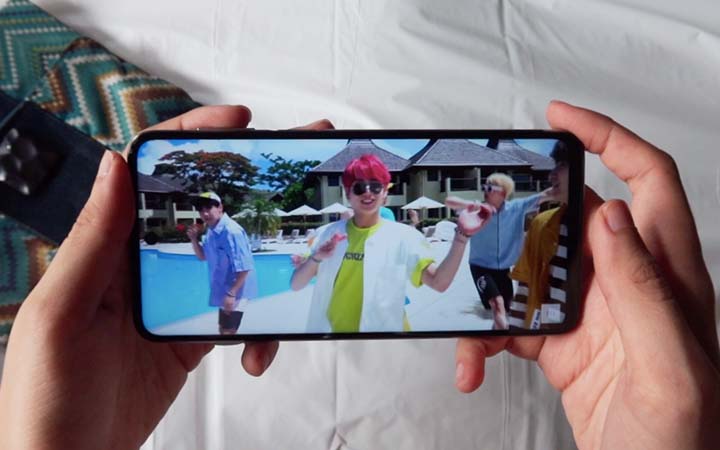 Of course, you won’t miss that punch-hole on the upper center of the screen for its front camera, and you can always turn this off in the settings if it bothers you. On top of that, you’ll find a call speaker and a tiny notification indicator. 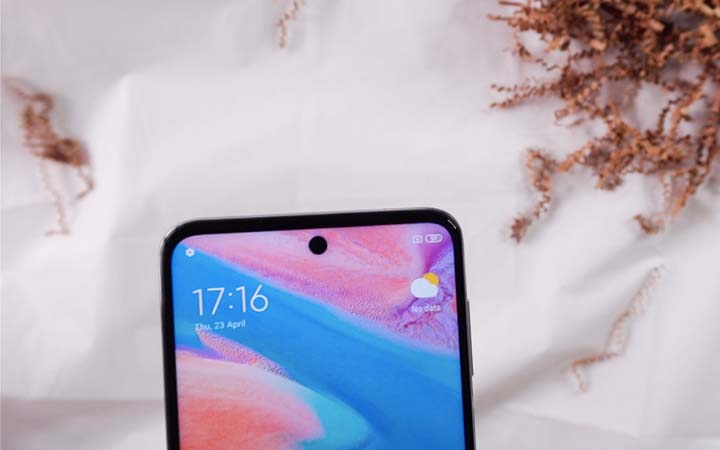 As for display quality, like most phones nowadays, you can adjust the color settings as to what your eyes prefer. Considering that this is not an AMOLED panel, the blacks aren’t as deep as we’d expect them to be, but nonetheless, we still get good and bright color reproduction. I can say the same thing towards outdoor visibility. Even at 80% brightness, you can still see the display clearly under direct sunlight. 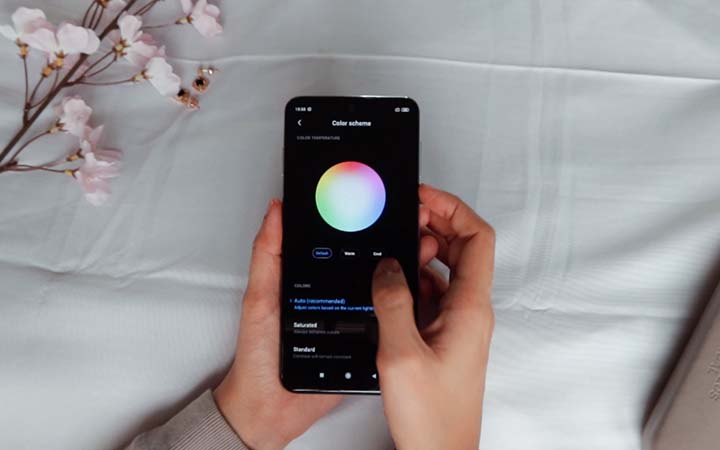 Audio-wise, the single downward-firing speaker can be loud enough for a small room. It’s not the best but we get good sound separation and it doesn’t get too distorted when we put the volume to max.

Talk about software, the Redmi Note 9 Pro runs on Android 10 skinned with MIUI 11. Considering that Xiaomi is a Chinese brand, it’s proud to say that it has Google services on board, they even embossed it to their latest packaging now—and I’m pretty sure, we all know why. 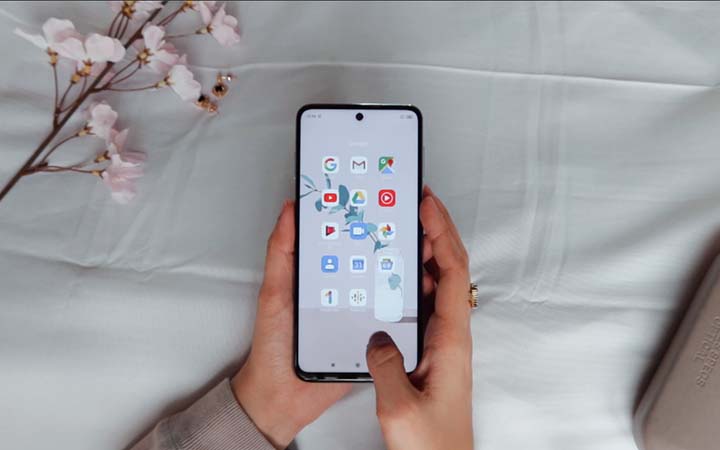 So expect some pre-installed Google apps as well as Xiaomi’s own apps, and a few games that I’m not sure if you’ll really play, but it’s there and you can always delete them if you want.

There’s an app drawer option for the home screen and its AI tries to categorize apps according to their use besides the alphabetical structure. Now MIUI is far from a Stock Android experience but we like how clean and simple it looks, we just don’t like how it has ad suggestions natively, but you can turn it off as well in the settings. 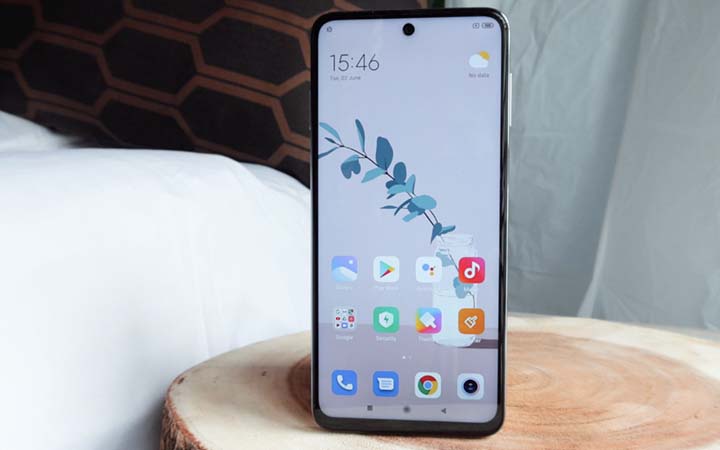 Other features include its dark mode, VR view comfortability, one-handed mode, Game Turbo, Second Space, and a full-screen display option if you want to navigate with gestures. 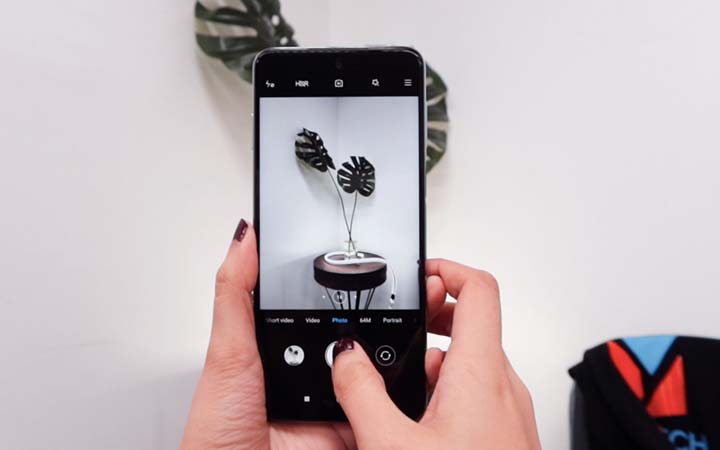 Talk about photo quality, you can expect sharp photos with good color reproduction in well-lit scenarios—even when you’re not using the highest photo setting. But of course, we do get more details with the 64MP lens.

We found the wide-angle option more useful since it doesn’t create an obvious fisheye effect and the colors are as good as in standard mode. It also works well with portrait mode as we get some clear subject-background separation that can be adjusted in post. Also, notice how clean and subtle its HDR performs in most cases.

When it comes to night shots, photos look grainy and dark when the night mode is turned off. But when you trigger night mode on, it works pretty well as we get less noise and more light without making the photo look too washed.

Now selfies look decent too especially, under good lighting. However, some may look washed and saturated.


As for videos, you can shoot up to 4k at 30fps and we recommend that you use a monopod or gimbal to get steady shots since the stabilization isn’t completely great. One bonus feature of the Note 9 Pro that the Note 8 Pro has is its capability to shoot videos using the macro lens—it might come in handy.

Powering the Redmi Note 9 Pro is a Qualcomm Snapdragon 720G paired with an Adreno 618 GPU. And as mentioned earlier, we also get 6GB of RAM and 64/128GB of internal storage.

The Snapdragon 720G is a really good mid-range chip. When it comes to day-to-day tasks such as navigating, texting, calling, social media browsing, and video streaming, the Note 9 Pro serves a smooth performance with just a few rare lags when too many apps are running in the background. 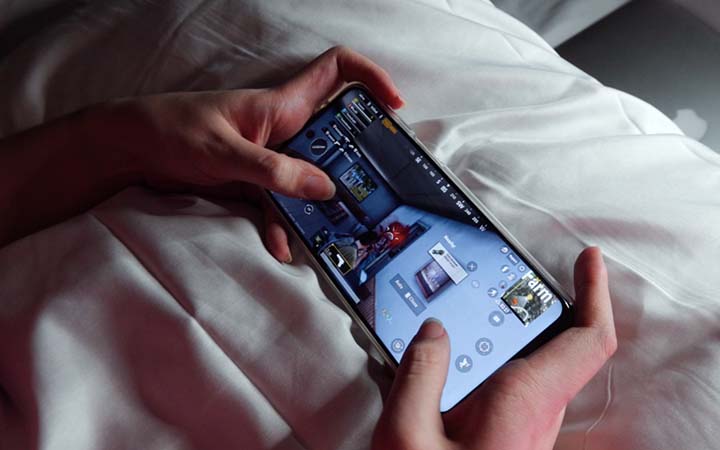 Gaming-wise, this one can manage graphics-heavy games without any hiccups. We played PUBG and Call of Duty Mobile on it, and we did encounter some heating but not to an alarming hot level.

For some numbers, take a look at the benchmark scores we got:

Quickly on security. Its face-unlock responds right away most of the time, but of course, the fingerprint scanner gets ahead as it’s already on the power button. 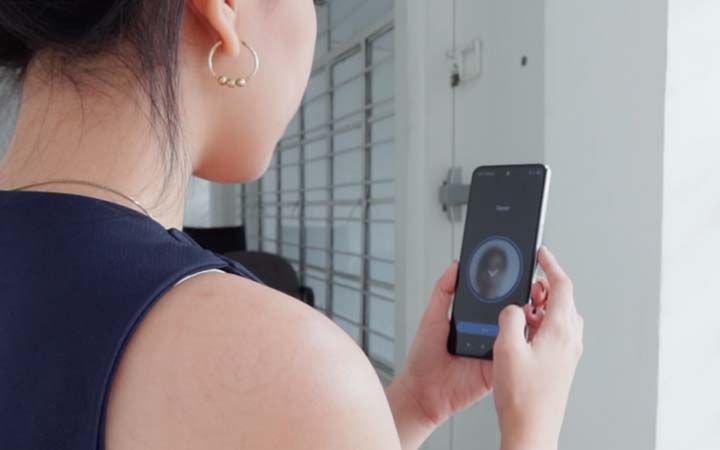 The basic connectivity features such as Wi-Fi, 4G+ LTE, and Bluetooth are present in the Note 9 Pro. There’s also an IR Blaster and NFC support that you can utilize. 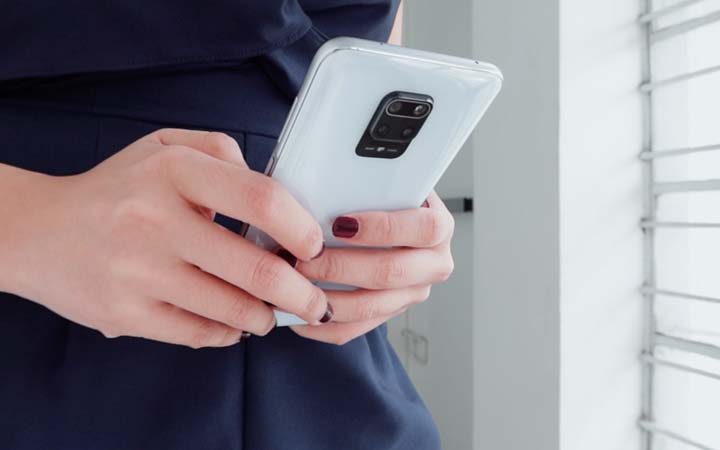 Meanwhile, keeping this phone running is a massive 5,020mAh battery with 30W fast charging. And for some of you who may be wondering, yes, we do get a 33W charger included in the box. 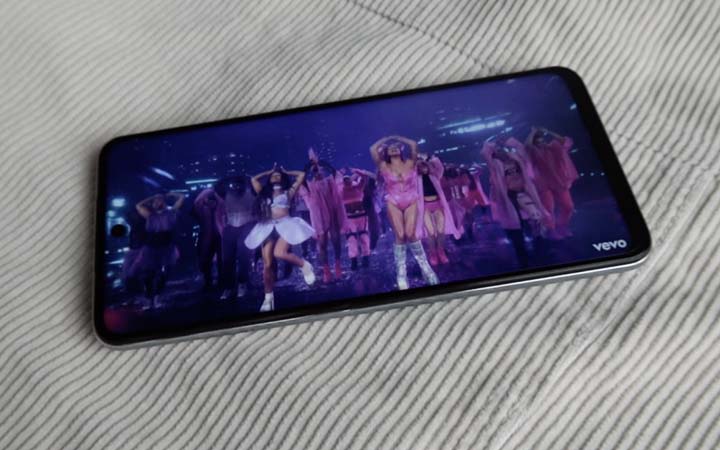 We ran it through our standard video loop test wherein we kept a 1080p video playing on loop under 50% brightness, 50% volume, and airplane mode turned on; and the Note 9 Pro got a total of 18 hours and 12 minutes. We did expect more from it, but it will really depend on how you use the device. In my experience, it lasted me a whole day with light usage and a few gaming. As for charging, it took us almost an hour and a half to fully juice up from 0 to a full 100. 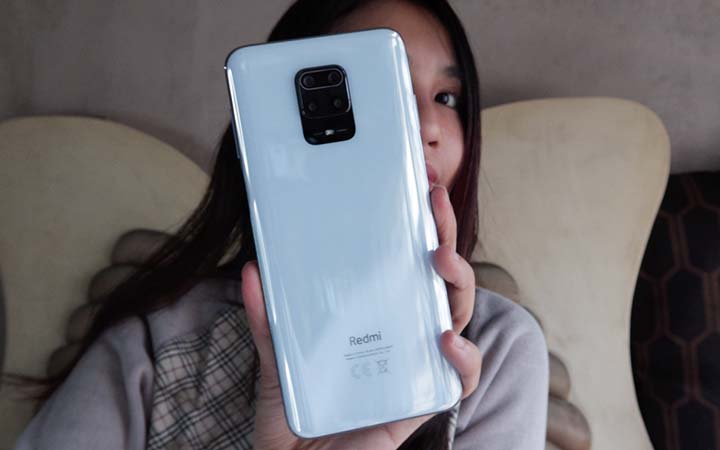 This phone offers decent cameras and a modest IPS display in a sleek and robust form factor. It’s not far from its predecessor, but we do get a more improved lag-free performance with reliable battery life. Of course, there’s some competition today in this price range, but the Note 9 series definitely hasn’t lost its game. For its price, consider this another bang-for-your-buck smartphone.