The Redmi Note is Xiaomi’s 5.5-inch smartphone that is slated to arrive soon in the Philippines. It sports a MediaTek octa-core CPU, 13 megapixel camera, dual-SIM capabilities, and a large 3,100mAh battery. We just got our hands on one so read our first impressions to find out what it has in store for us. 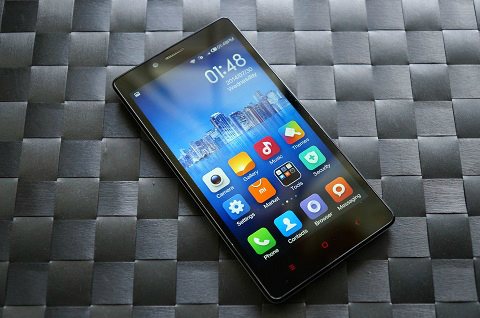 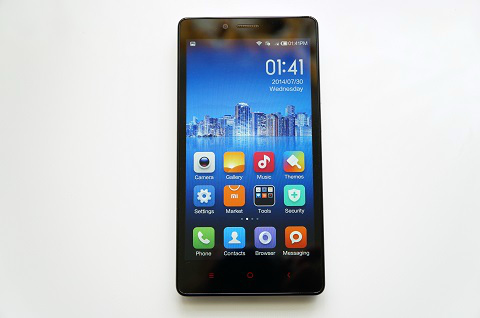 At the front of the Redmi Note is the 5.5-inch HD IPS display with a pixel density of 267ppi. Right above it is the 5 megapixel front-facing camera, notifications light, and earpiece, while down below are three red illuminated capacitive buttons. 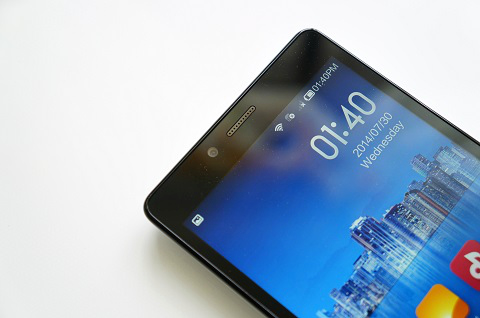 One the right-hand side are the volume rocker and power/lock button, right on top are the headphone jack and microphone, and down at the bottom is another microphone and the microUSB port. Flip it on its back and you’ll find the 13 megapixel rear camera, LED flash, the MI logo and the speaker. 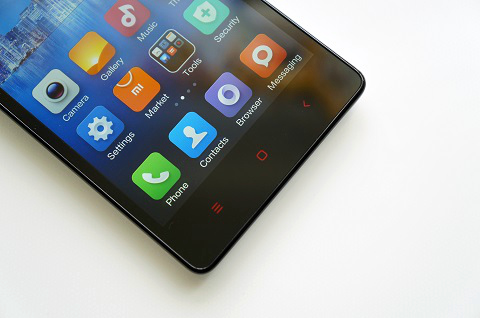 Unlike its metallic flagship brother, the Mi 3, the Redmi Note features a plastic body with a glossy finish. It’s a bit hefty though at 199g but feels solid and well-made. 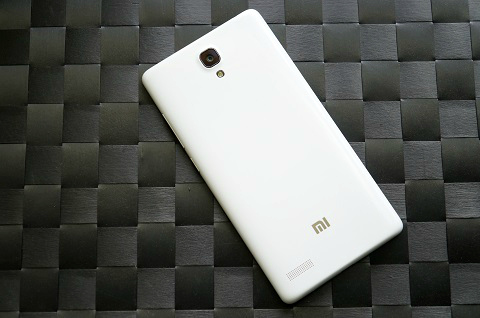 On the software side, the Redmi Note comes with Android 4.2.2 Jellybean right out of the box. We bought this unit in HongKong so the software is customized for the Chinese market. This means that you have the Mi Market as your default app store, Baidu as your default search engine, and comes with pre-installed apps like Weibo and QQ. 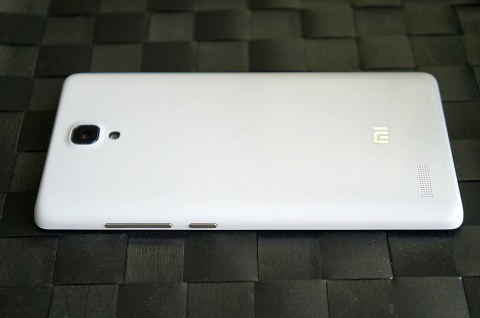 The good news is we were able to install Google Services Framework and the Google Play Store through a Google Installer found in the Mi Market so we got that part sorted out. 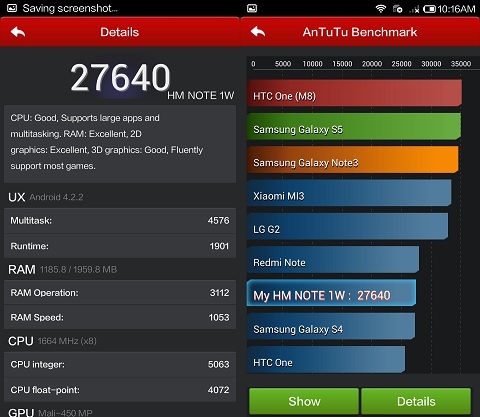 The Xiaomi Redmi Note currently retails in Singapore for S$199 or approximately Php7,000. We expect the price tag to be at that range when it launches here in the Philippines. Check back on us in a week or two for the full review.