The Redmi Pro has a number of firsts for Xiaomi. It’s their first handset to sport an OLED display and also, their first device to have two rear cameras. But, is it any good? Here’s our take on the Xiaomi Redmi Pro.

Let’s begin with the impressive build of the device. Up front is the 5.5-inch display surrounded by a fair amount of bezel. A 5MP selfie camera sits above the display while a fingerprint scanner flanked by a pair of capacitive buttons is placed below – similar to the Mi 5 flagship smartphone. The sides are a bit sharp on hand when gripped due to the tapered edges of the handset. Both the volume rocker and the power/lock button are positioned to the right side. The left side is pretty bare with just the SIM card tray flushed to it. 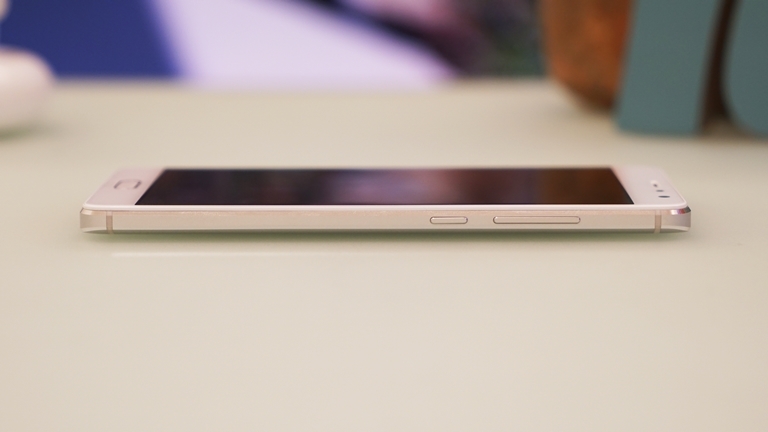 You’ll need to use the ejector tool to access the hybrid card tray which accepts a Nano- and Micro-SIM card. You can trade the second slot though for a MicroSD card to expand your storage. 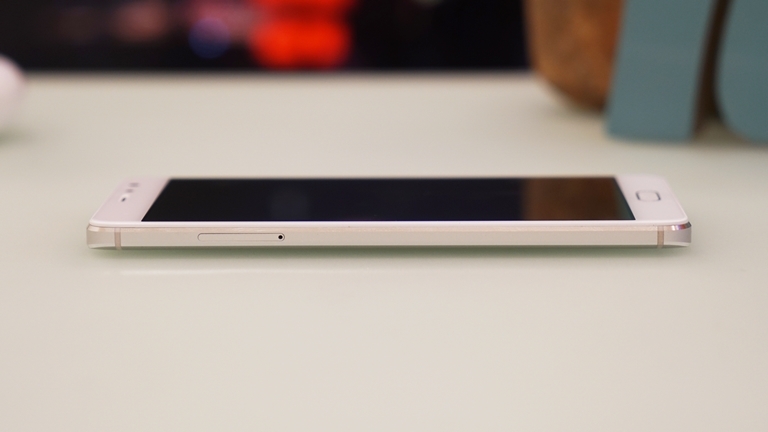 Up top are the 3.5mm jack, the IR blaster for remotely controlling appliances at home, and the noise-cancelling microphone. 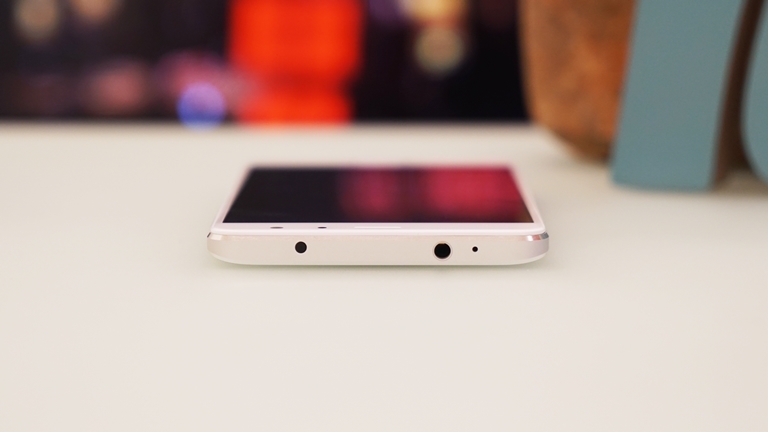 Down at the bottom, we have the reversible USB Type-C port sandwiched by drilled holes for the loudspeaker. Although, only the right grille fires sound so we’re suspecting the other to have the main microphone instead. 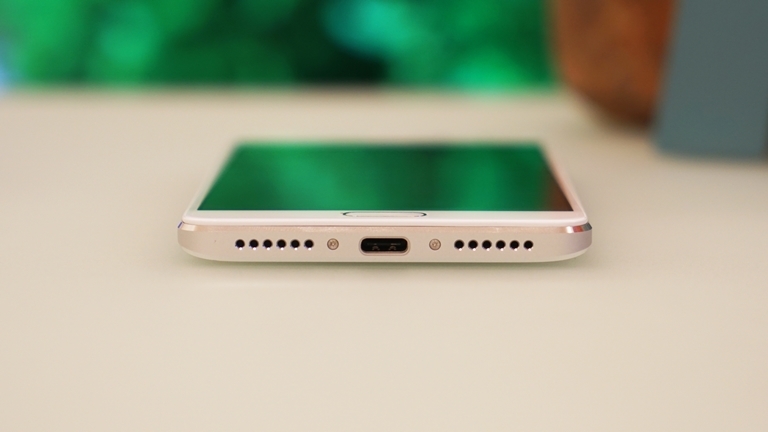 Flipping the device will show the rear with brushed metal finish. There’s the dual rear camera as well — 13MP and 5MP – with its dual-tone LED flash in the middle. The camera’s feature is similar to most dual-camera setups wherein the secondary sensor helps the main sensor achieve a stereoscopic effect to add bokeh and adjust focus after taking the shot. Lastly, a modest Mi logo sits down below for branding purposes. 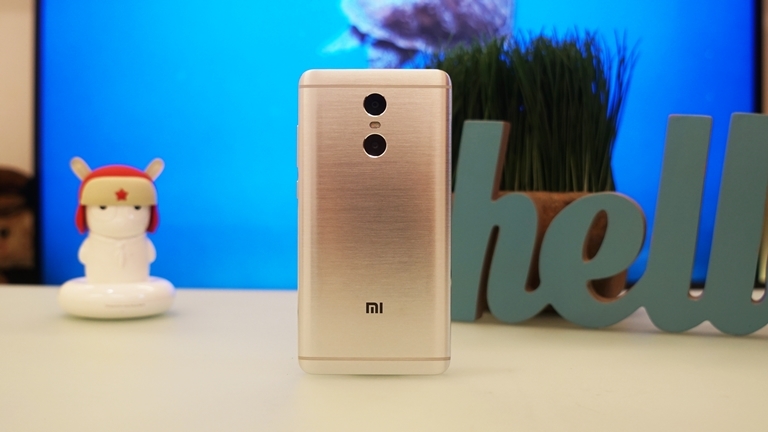 The unibody construction with brushed metal finish gives the handset an industrial yet premium look. A pair of antenna bands is present to help capture radio signals. When held, the handset feels sharp and cold on the hand which is quite a good thing as it indicates a sturdy device.

The Redmi Pro is equipped with a 5.5-inch display which is currently the sweet spot for most modern smartphones. The display is an OLED panel with a Full HD resolution or a pixel density of 401ppi. Xiaomi claims a full NTSC gamut coverage for the panel. We don’t have the proper tool to confirm it, but we can say that it’s an exceptional display with deep blacks and pleasing colors. When compared to an LCD side by side, the OLED panel looks warmer. Good thing you can adjust it in the settings for your desired tone and contrast as well. 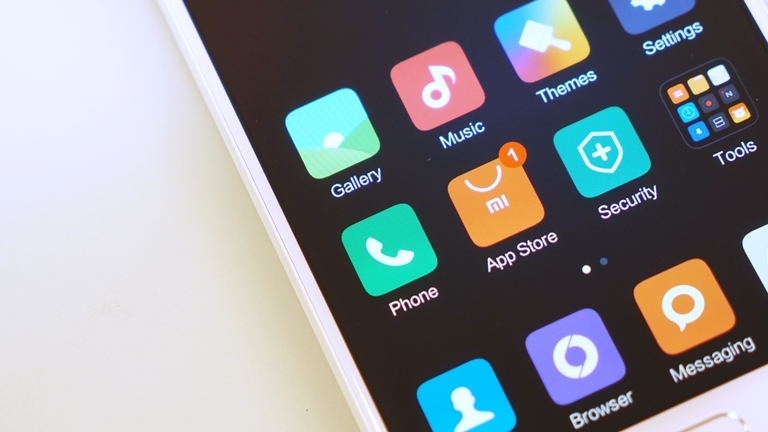 As for the speakers, it’s just a mono driver despite the symmetrical drills on either side. When facing the display, only the right fires out sound. This is not new as most smartphones have this for design purposes. Anyway, quality-wise, it’s decent an has loud and clear vocals. It’s great for listening acoustic music and what not but electric and bass are not quite loved here.

Running on the device is the MIUI 7.3 which is based on Android 6.0 Marshmallow. If you’re familiar with previous Xiaomi devices, you’ll feel at home. MIUI is a heavily tweaked Android OS which pretty much changes everything the stock variant has. The home screen is similar to iOS with no app tray or drawer. All of your apps are on the same layer conveniently placed for easy access along with your widgets. Although, organization is a must when you get a handful of them. Overall, it is clean and pleasing to use with all of its additional features and tweaks. 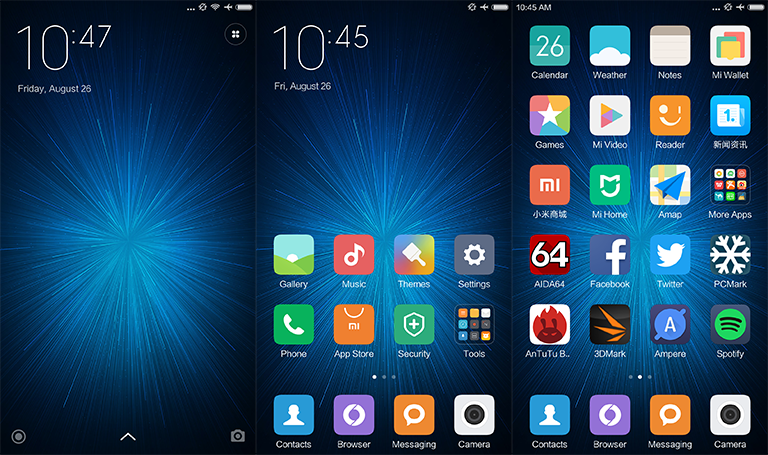 Speaking of apps, there’s a lot of bloatware present. Why? Because the default ROM installed is for the Chinese market so there a number of Chinese apps you’ll probably not use. There’s still no international ROM for the Redmi Pro thus Google Play Store and other Google services are nowhere to be found. You can install them on your own if you’re up to it. 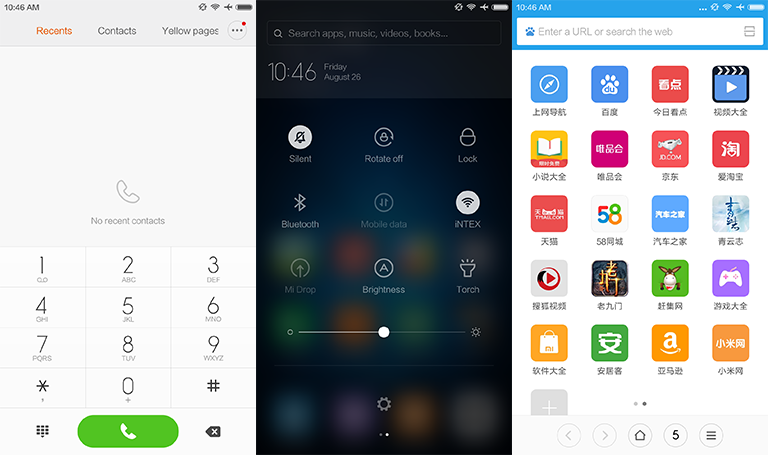 MIUI is quite hefty on RAM, but so far, we have not experienced any hiccups. Just make sure to keep the RAM clear if you’re not using any apps.

What’s special about the Redmi Pro is its dual rear camera and seems like manufacturers are quite into this game. There’s a 13-megapixel sensor plus an 8-megapixel sensor adjacent to it. What they do is they capture an image together and gives users the ability to do some post-processing like re-focusing, subtle 3D effect, or add an artificial bokeh to it. For selfies, a 5-megapixel shooter has got it covered. Before we get to the software magic, let’s first take a look at the casual stills you’ll take with the Redmi Pro. Using the main 13-megapixel rear shooter, you’ll get impressive results. In broad daylight, you get a lot of details to your shot along with good white balance and general picture quality. With less light coming through the lens, things get a bit smudgy but still usable. The front-facing camera, on the other hand, has the same color balance accuracy of the rear but fewer details due to the inferior sensor used. Here are some samples:

To use the secondary, simply tap the icon resembling a lens blade. This will activate “Stereo Mode” which means you’ll be using two cameras. 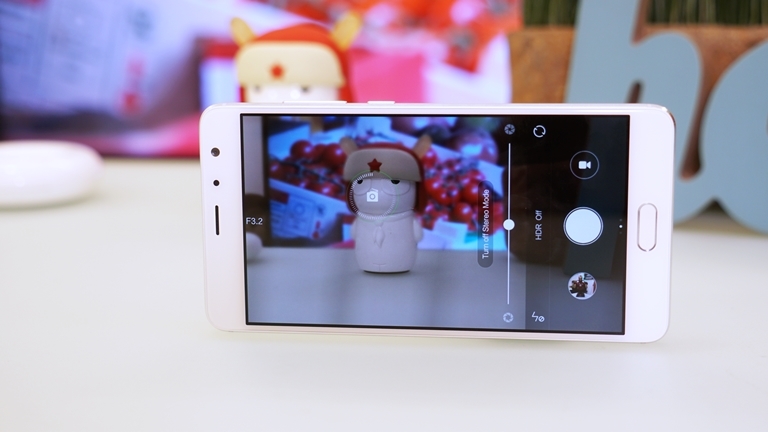 There’s slider to adjust the desired bokeh effect from f/0.95 to a sharper f/5.6. This is done virtually so don’t think that you’re actually adjusting the opening of the lens. Also, you can just adjust it after taking the shot, plus the focus too. The effect works best in single close subjects just like with our samples below. While it does give some striking blur and quality to the shoot, hitting the proper focus area for the subject can be a bit tricky.

As for the video, only the 13MP shooter is available. No 3D video recording available for now, maybe soon when phones get more processing power to handle it. Quality is about similar to the stills and it maxes out in 1080p at 30fps.

The version of the Redmi Pro that we have is the Standard Edition. It has a MediaTek Helio X20 deca-core chipset with a maximum clock speed of 2.1GHz. It’s got a Mali-T880 MP4 GPU and an ample 3GB of RAM. You don’t have to worry about the overall performance thanks to the above-average specs the device and Xiaomi’s MIUI doesn’t exactly slow things down if that’s a concern for you. 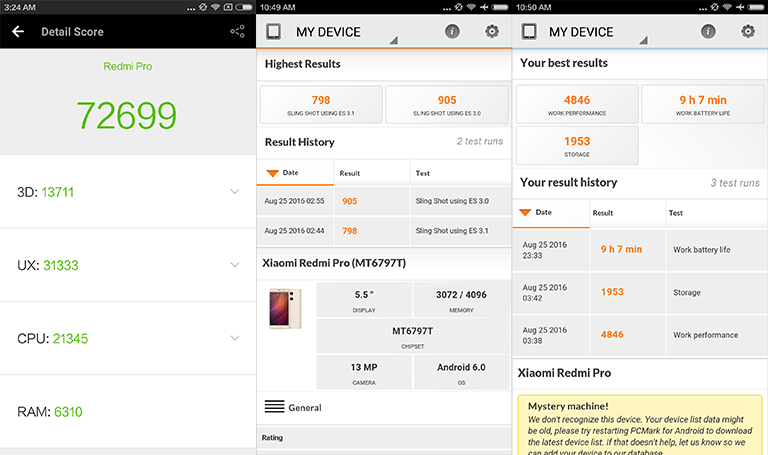 From the opening, switching and closing of common apps, the Redmi Pro doesn’t show any signs of hiccups. Games too are not an issue; may it be casual or graphic intensive. Animations are smooth and so is overall performance. Definitely not the fastest around but it’s more than able.

We ran these benchmark tests and here are the numbers:

Calling on the Redmi Pro is an experience you’d expect from a decent smartphone. The earpiece is loud and clear even in open environments. A dedicated noise-cancelling microphone helps the person on the other end of the line to hear us with clarity. 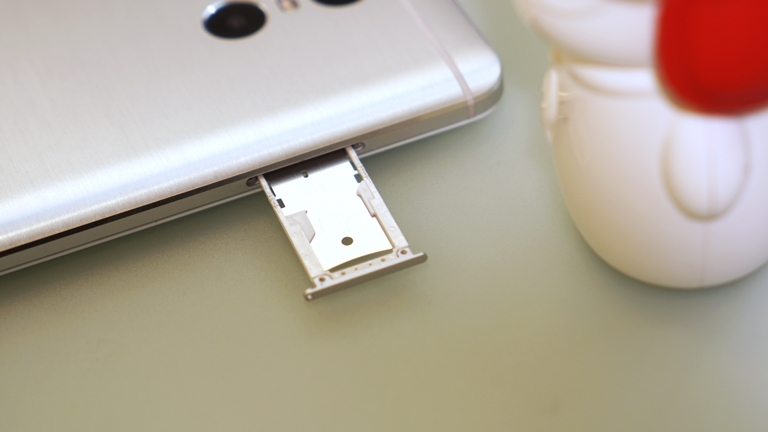 The radios for connectivity are abundant on the handset. We get LTE with multiple band support for Philippine carriers so you can expect the Redmi Pro to work with any network in the country. It doesn’t support the prized 700MHz band, though. Aside from that, we get Wi-Fi, Bluetooth 4.2, and even Infrared for controlling appliances at home.

Sealed inside the aluminum body of the handset is a large 4050mAh Li-Poly battery. That’s more than enough to get a moderate user get through a full day. With our traditional test of looping a full HD clip in airplane mode with 50% brightness and volume using headphones, the device was able to last for a whopping 14 hours and 17 minutes. The OLED display helps the device last longer. Using PCMark battery test, we get 9 hours and 7 minutes.

The Redmi Pro is one of the devices in the market right out the gives you the best value for your hard-earned money. With its OLED display, interesting camera setup, and smooth performance, Xiaomi still managed to keep the pricing low. Howver, they are not releasing any new devices in the market officially, so we’ll have to rely on other sellers to bring it here. Widget City is selling the device for Php13,500 in black, gray, or gold colors (see listing here). 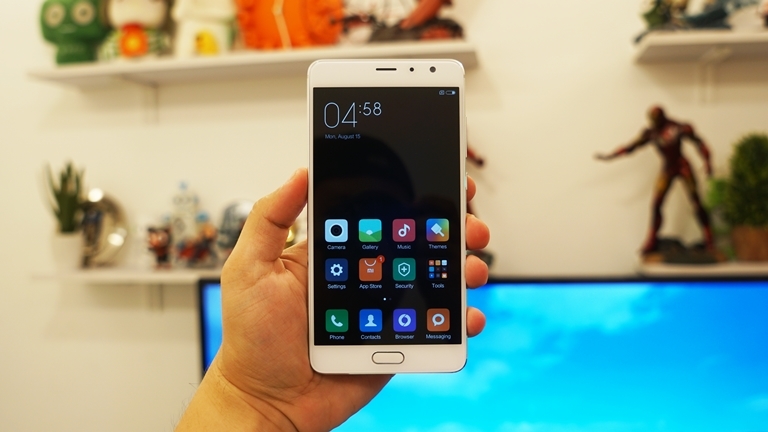 It looks like a hybrid of HTC One, Iphone 5, and 6. What an eye candy.

Where I can buy Xiaomi Redmi Pro?

Di ba available na ang miui 8 global rom? If you have it there paki update ang review. Thanks.

Hi. Is the front camera a wide angle lens? Also, how is battery life in real world usage? Thanks