Rumors of Nexus 7 with a 32GB storage capacity turned out to be true as confirmed by a tip given to The Verge by one of their avid readers. But that’s not the only thing that’s intriguing about this find.

After purchasing the 8GB variant of the Nexus 7 just a few days back, one of The Verge’s reader called Staples to confirm if the retailer already has the 32GB model in stock. After getting a confirmation that it is indeed available, he immediately head on over to the nearest Staples with his days’ old N7, returned it and paid the difference for the 32GB one. 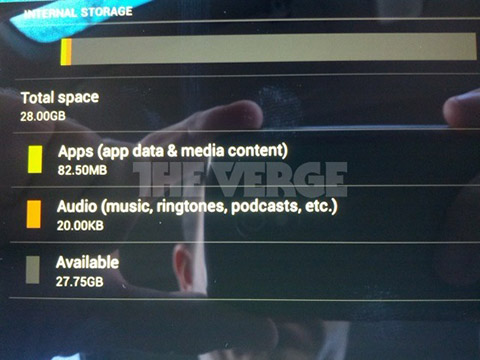 Staples is offering the 32GB Nexus 7 for USD249 which is the same price as the 16GB model. To balance this out, the retailer is bring the latter’s price down to USD199. So what happened to the 8GB version? Well it is said that it will no longer be offered by the retail giant and that both the 32GB and 16GB models will officially go on sale the 29th of this month.

It’s still uncertain if Google will follow the same path that Staples took and discontinue the 8GB version of their famous tablet to give way to the 32GB Nexus 7. We’re hoping that the search giant will just mark down the price of the 8GB version to around USD149, instead of totally pulling the plug on it. What do you guys think?