Acer Iconia A1 appears in local store for Php9,990

Acer Iconia A1 appears in local store for Php9,990

Acer’s 8-inch tablet, the Iconia A1-810, appeared in local store Villman earlier this week and is priced at under Php10,000. It is the Taiwanese company’s answer to the Nexus 7 and the iPad Mini but positions itself to be more affordable.

We saw this tablet earlier this month at the Computex in Taipei and you can read more about it here in our first impressions review. 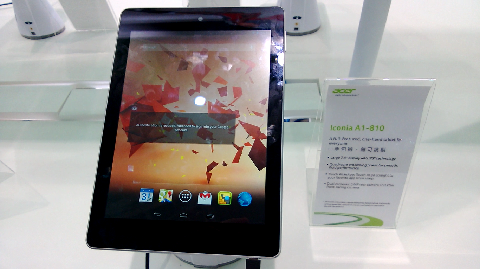 We actually saw this posted on Villman’s website just before Computex but it was quickly pulled off. It looks like this time, it will be permanent.

Acer Philippines is launching new products on June 27 so we’re guessing the Iconia A1 will also be there and it’s more likely that the Php9,990 is already the suggested retail price.