Amazon has recently introduced its first fully autonomous mobile robot called Proteus, which is designed to move huge carts in the company’s warehouses. Amazon is not new to robotics. In 2012, it acquired the robotics company Kiva. Today, the company says that it has 520,000 robotic drive units, with more than a dozen other types of robotic systems in our facilities around the world, including sort centers and air hubs. 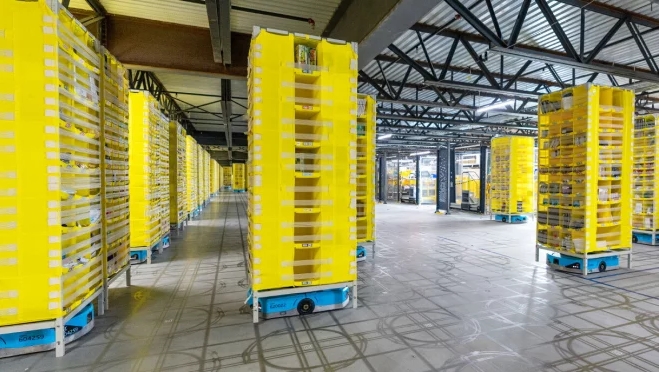 Proteus autonomously moves through our facilities using advanced safety, perception, and navigation technology developed by Amazon. It was built to be automatically directed to perform its work and move around employees. It can lift and move GoCarts, the non-automated, wheeled transports used to move packages through Amazon facilities.

Proteus is just one of the latest technologies that Amazon is inventing and investing in to create a better workplace, and the company believes that they will be able to incorporate robotics in the same physical space as people while remaining smart, safe, and collaborative.

Proteus will initially be deployed in the outbound GoCart handling areas in Amazon fulfillment centers and sort centers. The company also plans to automate GoCart handling throughout the network to help reduce the need for people to manually move heavy objects through its facility.