AMD, Cray to create fastest supercomputer for the US government

AMD, Cray to create fastest supercomputer for the US government

AMD and Cray have just announced that they are building a new supercomputer for the US’ Department of Energy at the Oak Ridge National Laboratory. They have dubbed the supercomputer as “Frontier“. 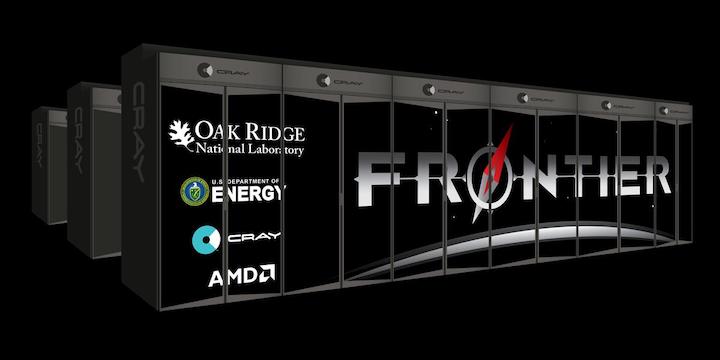 Frontier will be based on Cray’s Shasta architecture and Slingshot interconnect that has a transfer rate of up to 200GB/s per port. It’ll be coupled with custom versions of AMD’s Epyc processors, along with 4 GPUs, connected using AMD’s Infinity Fabric. The GPUs will have their own high bandwidth memory and housed in 100 cabinets. AMD and Cray aim to have the system perform 1.5 exaflops of processing power.

AMD and Cray plan to complete production and deliver the Frontier by 2021. Costing of the Frontier’s hardware is around USD 500 million, while its research and development costs at around USD 100 million. It’s noted that the Frontier will be the world’s fastest supercomputer once delivered.