Android gets Earthquake Alerts and more other features

Android welcomes the summer by bringing six new features for its users, including earthquake alerts and the ability to star important messages. 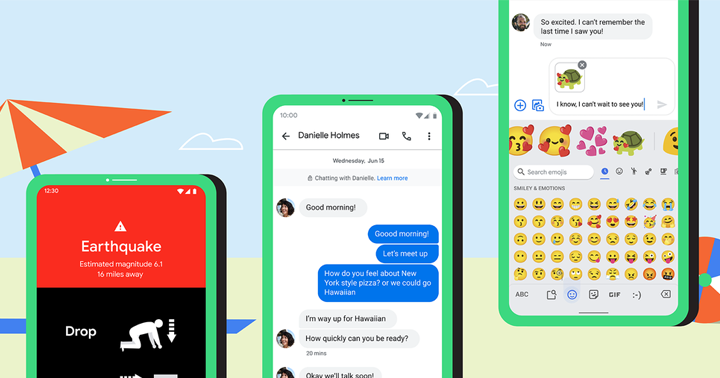 Android Earthquake Alerts. With this free system, people in affected areas can get alerts seconds before an earthquake hits, giving users advance notice in case they need to seek safety. According to Google, Android Earthquake Alerts System has been launched in New Zealand and Greece. Today, they introduce the system to the Philippines, Turkey, Kazakhstan, Kyrgyz Republic, Tajikistan, Turkmenistan, and Uzbekistan.

Star what’s important with the Messages app. Android now allows users to star a message on their Messages app to keep track of what’s important and easily find it later without scrolling through the conversation. Starred messages will start to roll out more broadly over the coming weeks, according to Google.

Voice access to favorite apps. This update introduces ‘Hey Google, shortcuts’ that can quickly access apps and simple actions such as ‘Hey Google, pay my Capital One bill.’

Improved Password Input and gaze detection. According to Google, this update is built with and for people with motor disabilities and helpful for those without. Voice access gives users quick and efficient phone and app navigation with just their voice. With Gaze detection, users can ask Voice Access to work only when users are looking at the screen.

Android Auto customization and new app experience. Users can now customize more of the Android Auto experience for easier use, like personalizing the launcher screen directly from the user’s phone and manually setting dark mode. It is also easier to browse content with new tabs in users’ media apps, including a ‘back to top’ option and an A to Z button in the scroll bar.

EV charging, parking, and navigation apps are now available to use in Android Auto. Plus, android improved the messaging experience so users can access their favorite messaging apps from the launcher screen. This is now available globally.

These Android Auto features are available on phones running Android 6.0 or above, and when connected to your compatible car.