In their realme GT 5G event in Europe, realme took a moment to tease its upcoming products, the realme Book laptop and realme Pad tablet. 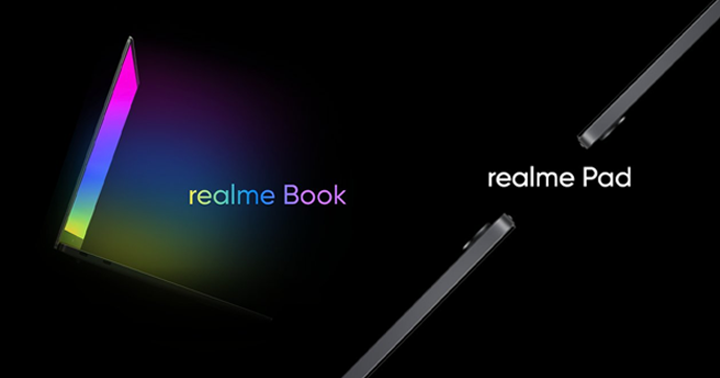 We previously covered the photos leaked of the realme Book but this time we get to see the realme Pad teased alongside its laptop counterpart. Not much detail has been provided on the two devices except the fact that they have been designed with realme fans in mind.

To elaborate, the realme company has launched a co-creation program where people can submit their ideas on their official website—to make the best realme laptop. Their upcoming tablet will be based on entertainment purposes and will feature a flat display and a camera module.

Further details about the specs, price, and availability of the realme Book and realme Pad tablet have yet to be announced. So stick around for updates on that.