Author’s Note: We do realize that it is possible that the party responsible for the hack is not of Chinese origin. The title of the article has been changed to “CAAP website defaced by alleged Chinese hacker” in light of this, as well as in accordance to our source, who first speculated that the hacker/s may be of Chinese origin.

The official website of the Civil Aviation Authority of the Philippines was defaced last night by a hacker, or possibly even group of hackers named “Anonymous-ghost”. 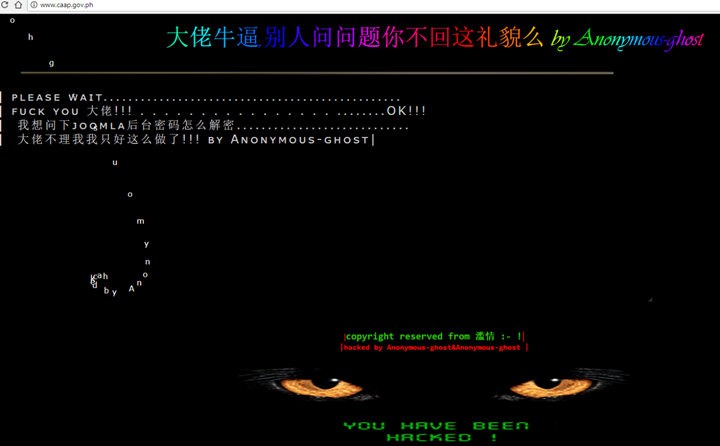 Site administrators quickly responded soon after, putting the site under maintenance. They did however, fail to remove the hacker’s favicon.

Nullforge has briefly analyzed the hack, and has given some insight into how the hacker may have done his bidding to the CAAP website.

The agency has experienced similar defacement before, the last time being last month.