We first heard rumors about the imminent number coding scheme in the province of Cavite back in December. Then we eventually saw printed materials about it including official Provincial Ordinance papers and now, we have final dates as to when it’ll be implemented. 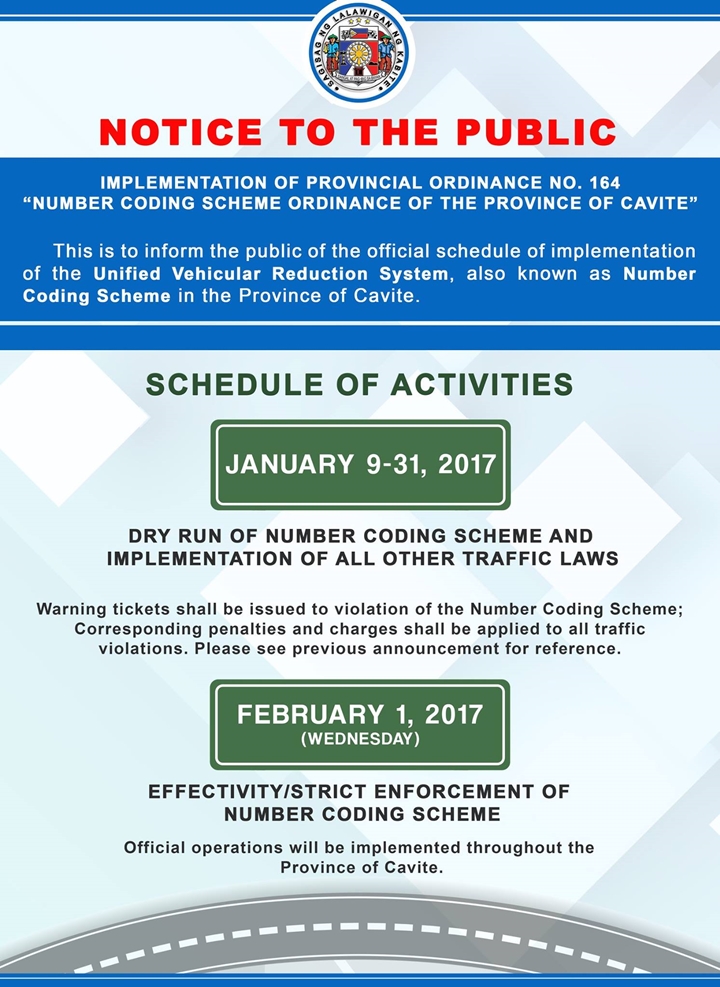 As posted on the Facebook page of Provincial Government of Cavite, the dry run will begin from January 9 to 31, 2017 while the strict enforcement will start on the first day of February 2017. According to the post, only warning tickets will be given during the dry run for violators of the Unified Vehicular Reduction System. Penalties and charges will apply in February. 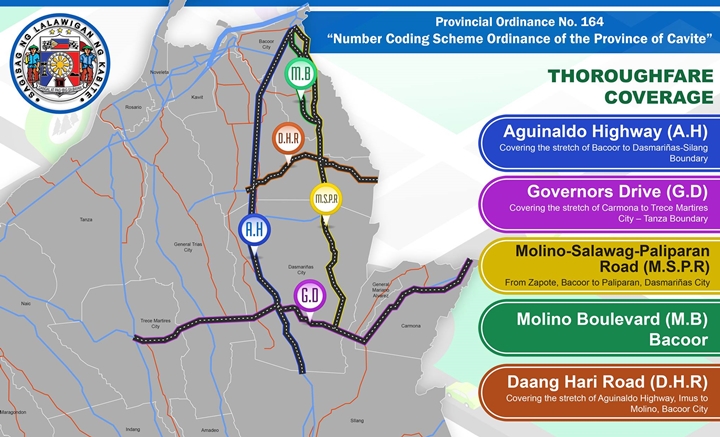 The same schedule in Metro Manila applies to motorists with the following license plate and conduction sticker ending in Cavite:

Although unlike the present time coverage in Metro Manila, number coding in Cavite will take effect from 6AM-9AM and 3PM-7PM. The scheme applies to all private cars and vans, motorcycles, and trucks (except those covered by truck bans) which will be prohibited from driving on the following roads:

However, it is stated that public utility vehicles including jeepneys and buses are exempted from the number coding scheme, as well as school buses, ambulance, among others.

You may click on the image below for complete info: 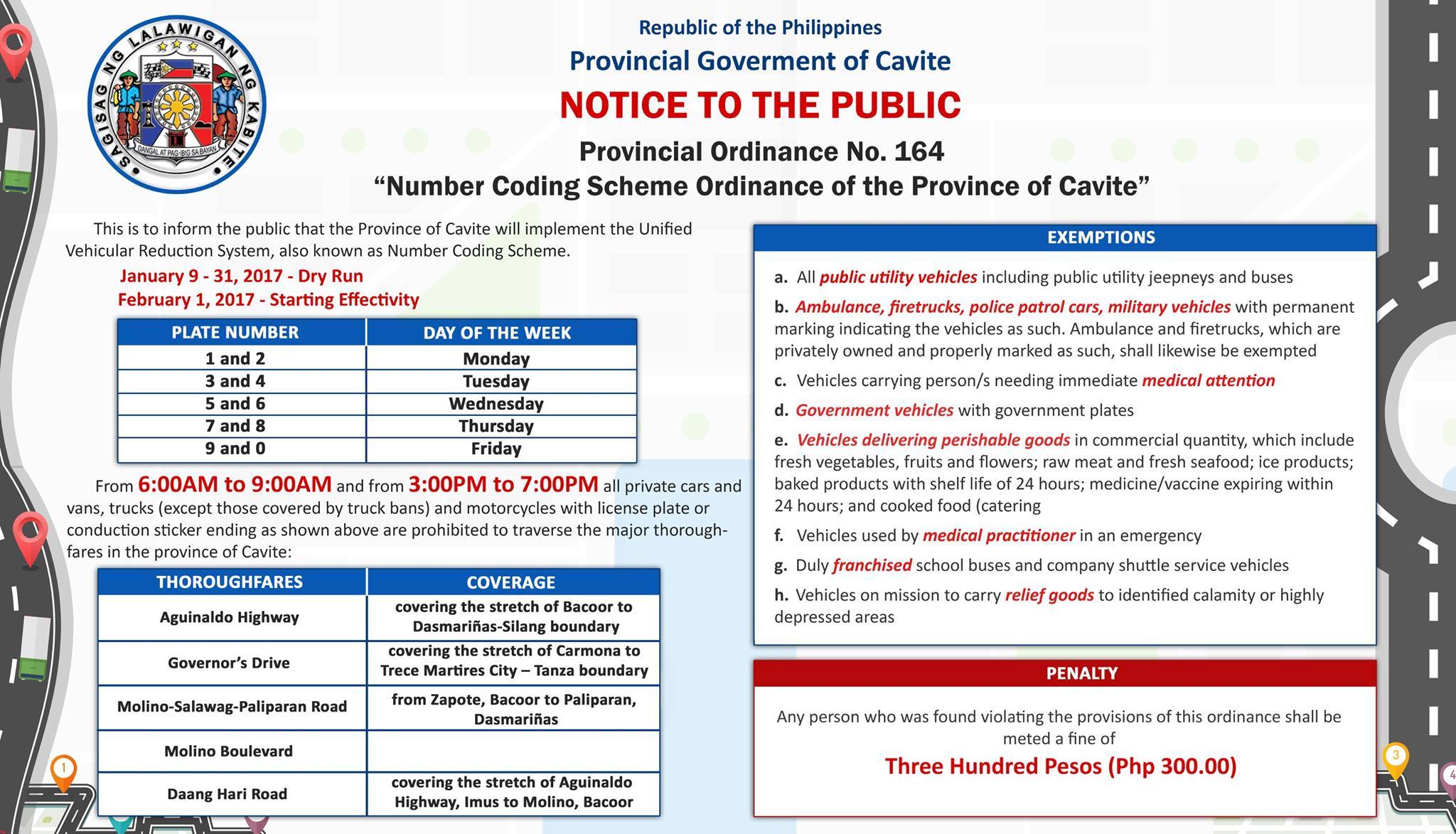 Motorists violating the number coding scheme will incur a fine of Php300.