In an attempt to tone down traffic congestion in the province of Cavite, there will be an implementation of the Unified Vehicular Reduction System, also known as the Number Coding Scheme starting later this month. 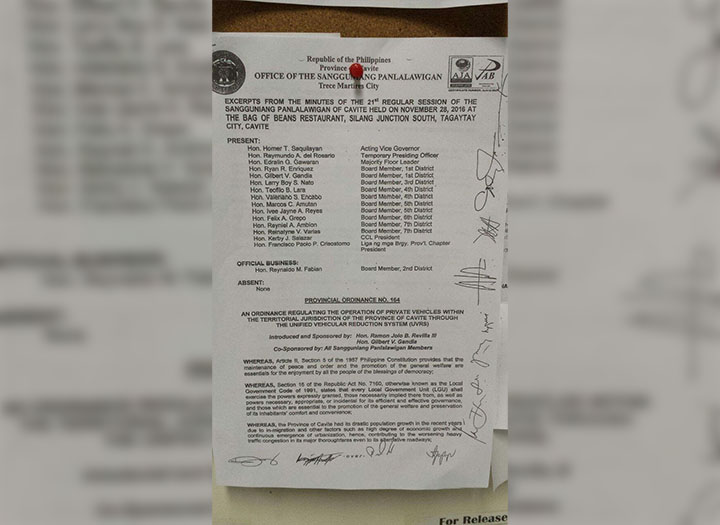 The same schedule in Metro Manila applies to motorists with the following license plate and conduction sticker ending in Cavite:

Although unlike the present time coverage in Metro Manila, number coding in Cavite will take effect from 6AM-9AM and 3PM-7PM. The scheme applies to all private cars and vans, motorcycles, and trucks (except those covered by truck bans) which will be prohibited from driving on the following roads:

However, in Section 6 of the ordinance, it is stated that public utility vehicles including jeepneys and buses are exempted from the number coding scheme, as well as school buses, ambulance, among others.

Motorists violating the number coding scheme will incur a fine of Php300. 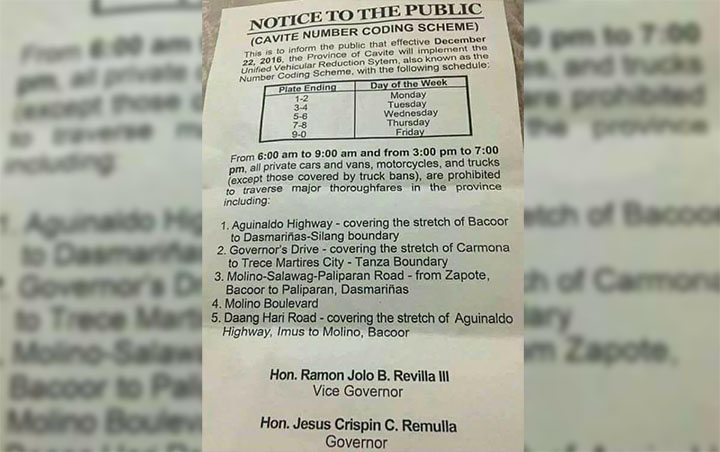 The ordinance didn’t specify as to when the implementation will begin, but according to the above photo that has been circulating on social media, it will begin on December 22, 2016.

For more information, below is the 5-page ordinance from the Office of the Sangguniang Panlalawigan.