Apple‘s iOS 10.2 software update is now available for download and with it comes with the usual improvements, bug fixes, and more. 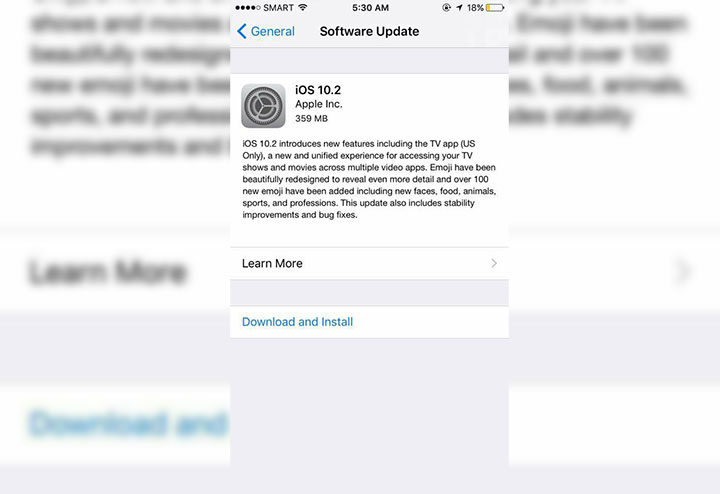 First and foremost, there is a new TV app that gives users recommendations on the newly-released movies and TV shows for the ‘Watch Now’ section while also showing new apps and iTunes releases for the ‘Store’ section. Although, this feature is only available for the United States as of now.

As for the user-favorite emoji, you’d be glad to know that they have been ‘beautifully redesigned’. Not only that, but there are now 100 new emoji added to the selection including new faces, food, animals, sports, and professions.

There’s also new full-screen effects in Messages and a new swipe up gesture while playing music for easier navigation.

To install the latest iOS version, simply connect your device to iTunes or download the update through Settings > General > Software Update. The new software is compatible for iPhone 5 and later, iPad 4th gen and later, and iPod touch 6th gen and later.

Below is the full changelog that Apple has released for the iOS 10.2:

iOS 10.2 introduces new features including the TV app (US Only), a new and unified experience for accessing your TV shows and movies across multiple video apps. Emoji have been beautifully redesigned to reveal even more detail and over 100 new emoji have been added including new faces, food, animals, sports, and professions. This update also includes stability improvements and bug fixes.