Private vehicles will be required to have car back seats for children, with the implementation of Republic Act 11229 or the Child Safety in Motor Vehicles Act starting February 2. 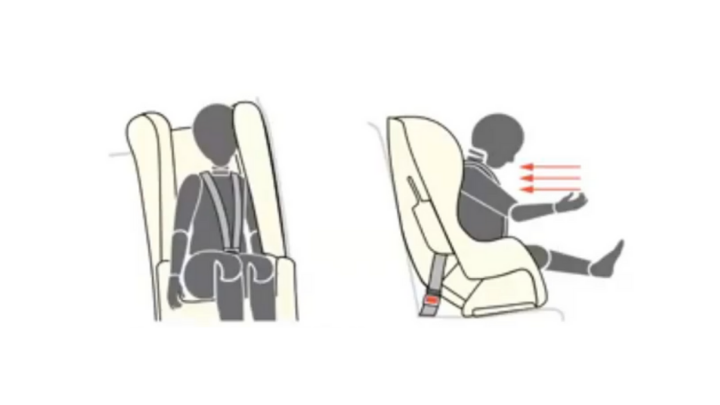 In 2019, President Rodrigo Duterte signed Republic Act No. 11229, or the Child Safety in Motor Vehicles Act, which requires motor vehicle owners to have child restraint systems when transporting children. It aims to guarantee the safety of infants and children and prevent road traffic injuries.

“It shall be unlawful for the driver of a covered vehicle not to properly secure at all times a child, in a child restraint system while the engine is running or transporting such child on any road, street, or highway unless the child is at least 150 centimeters or 59 inches in height and is properly secured using the regular seat belt. The child restraint system shall be appropriate to the child’s age, height, and weight,” according to the act.

The law states that drivers are required to properly secure a child in a restraint system unless the child is at least 4.92 feet tall and can be properly secured by a regular belt. Additionally, no children twelve years and below of age shall be allowed to sit in a front seat of a vehicle while traveling.

The law covers private vehicles for now, while its applicability to public vehicles is still being evaluated.

Meanwhile, the LTO and its deputized law enforcement agencies will not immediately issue traffic citation tickets to violators, as authorities would first begin disseminating information for two to six months to ensure smooth enforcement of the measure.

“We will be on the warning mode, and information dissemination,” the Deputy Director of the LTO Law Enforcement Service Robert Valera stated at a virtual press briefing hosted by Buckle Up Kids PH on January 29. Valera mentioned that the first stage of their enforcement would be informing parents about the significance of the law.

Under the law, violators are fined PHP 1,000 for the first offense and PHP 2,000 for the second offense. However, third-time violators will be charged with a PHP 5,000 fine and a one-year suspension of their driver’s license.

RA 11229 or the Child Safety in Motor Vehicles Act will be enforced starting February 2.