The two-day tournament for the second season of Mobile Legends MPL (Professional League) Philippines concluded just moments ago with Cignal Ultra winning 3 out of the 5 games in the grand finals.

Last July 2018, Bren eSports acquired the roster of Aether Main to represent its Mobile Legends: Bang Bang team in tournaments. Looks like that investment has paid off.

Here are the rankings of the 10 teams prior to the finals: 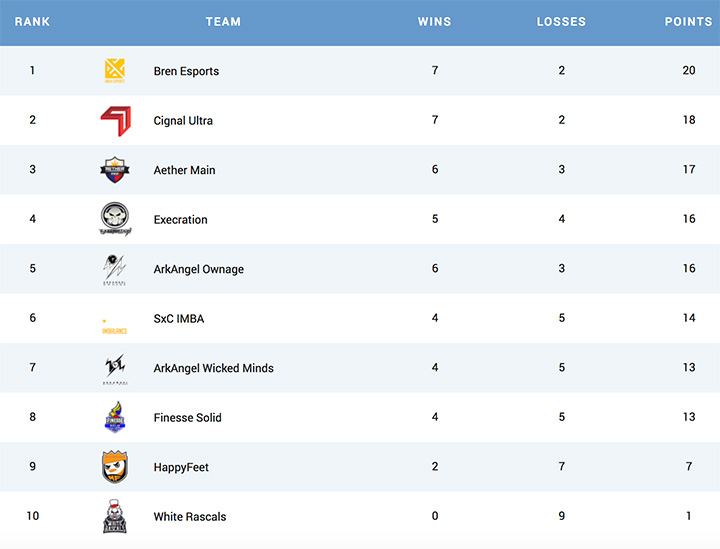