Globe and Converge share the number 1 spot in Netflix’s ISP Speed Index for February in the Philippines. 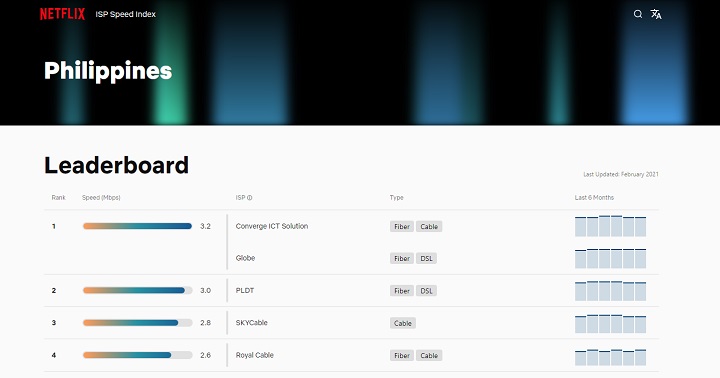 The ISP Speed Index is a measure of prime time in Netflix performance on particular ISPs (internet service providers) worldwide. According to the latest report, Converge and Globe share the speed of 3.2 Mbps, followed by PLDT at 3.0 Mbps, then SkyCable at 2.8 Mbps, and finally Royal Cable at 2.6 Mbps.

To recall, last January, Converge and Globe were also the top local ISPs for the popular streaming service with the same speed of 3.2 Mbps.

You may check the updated index here.