During the administration of Gloria Macapagal-Arroyo, the Department of Education (DepEd) had malicious over-priced deals with its suppliers. What caught our attention are the supplied PCs that cost PHP400,000 each unit for an obsolete configuration. 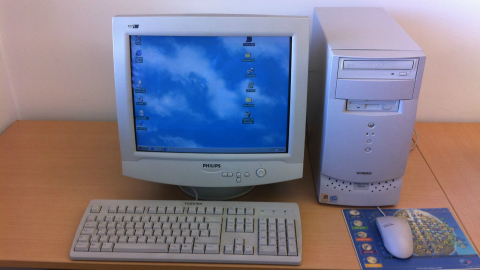 According to the exclusive report of News5, three suppliers of books and PCs had dealings with DepEd officials that expect million peso kickbacks from these overpriced supplies. Books are priced around PHP200-PHP300 but actually they should only cost around a hundred. Now the more surprising part, Pentium 4 PCs with Windows 98 are priced at staggering PHP400,000/unit.

A 21″ CRT monitor is also included plus other accessories like keyboard, mouse, microphone, speakers, and AVR. Well it’s a complete PC set but not for almost half-million even during the 2008-2010 era.

If we are to put it in today’s setting, PHP400,000 can give you four 27″ iMacs, three top-of-the-line gaming notebooks, two 6-core with dual GPU Mac Pro, or even a decent automobile. What would you rather have for education with PHP400,000?

With 400,000 you can have 16 units of i3 computers with 8gb of ram, monitor, and other peripherals. I3 processor is like equivalent the processing power of four Pentium 4 processors, so imagine how much electricity you can save with modern components. It’s really sad to know about this news. Instead of going forward, our government officials are buying old technology which makes are progress go slower.

tsk.. three sets of computers = 1.20m.. during those time is equivalent to two classrooms,., cant u believe that??

Will, hindi na yan bago sa public school ang ganyan specs. Besides don’t trust any facilities materials in our government kasi usual sa kanila made in CHINA! Much better you go out side or buy your own single by single.

she is the mother of all evil, not surprising at all !!!