UPDATE (August 5): The Department of Education in their official statement, clarified that they only received the laptops from Procurement Service of the Department of Budget and Management (PS-DBM), saying that PS-DBM was its procuring entity for the said Php2.4B purchase of laptops for teachers initiative.

The Commission on Audit (COA) has flagged the Department of Education (DepEd) for purchasing Php 2.4 billion worth of laptop for teachers that are ‘outdated and pricey’ in the implementation of distance learning amidst Covid-19 pandemic in 2021.

On its annual audit report on DepEd for 2021, the state auditors said that “the delivered laptop computers by the winning bidder are too slow because the processor (Intel Celeron) is outdated,” and that “the price is too high based on the specifications as attached to the DepEd Memorandum.” 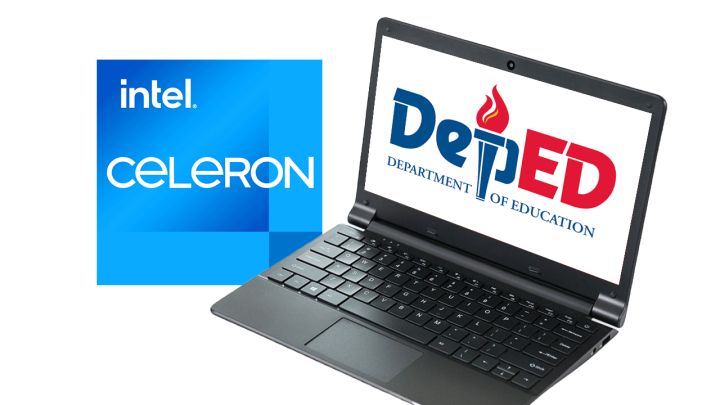 The supposed number of laptops to be procured was initially 68,500 units, but was reduced to only 39,583 due to the influence of Procurement Service of the Department of Budget and Management (DBM-PS) who set out recommendations to increase estimated cost from Php 35,046 to Php 58,300 per unit.

“The price per unit is pricey for an entry-level type of laptop which resulted in significant decrease in the number of units provided to intended users,” COA said. “The huge difference of P23,253 per unit price resulted in a significant decrease by 28,917 laptop computers. Consequently, an estimated 28,917 teachers were deprived of the possible benefits from the supposed provision of these laptops.”

Despite having cheaper and better options at the time, DepEd agreed with the price and technical specifications as recommended by DBM-PS according to COA state auditors.

COA also cited a DBM-PS bidding during the same month in May 2021 that had better deal for mid-range type laptops tagged at only Php 45, 431.20 per unit. “Cleary, the price is cheaper and the performance… would be way faster/ better than the laptop procured by the Department during the same period,” the audit report stated.

As compared to other options available in the market, the likes of MacBook Air with the powerful Apple M1 chip, only costs Php 57,990 for the 8GB+256GB configuration. That’s only about 400 pesos difference versus the entry-level laptops that DBM-PS recommended.

Meanwhile, Intel Celeron is one of the cheapest processors that is usually built for budget computer hardware. There are laptops with Celeron chips inside that only cost under Php 20,000.

DepEd spokesperson Michael Poa said in a press briefing, August 4, that they are already awaiting feedback from COA after the agency submitted “documentary requirements” regarding the laptops’ purchase.

“We are responding to whatever COA wants us to respond on. And then we’ll see kung ano iyong final determination ng COA,” Poa said. “We will always work and cooperate with COA for the improvement of our processes here in DepEd.”

First of all, the DepEd’s minimum CPU requirements were pretty vague. No mention of core or thread count or even the instruction set the CPU must use. So when the supplier mentions that they met minimum specific requirements they are technically correct.

Unfortunately for the teachers, they are left with no choice but to work with these trashy laptops. Can they throw Windows out and use Puppy Linux?