DITO download speed either around or below all operator average, says Opensignal

DITO download speed either around or below all operator average, says Opensignal 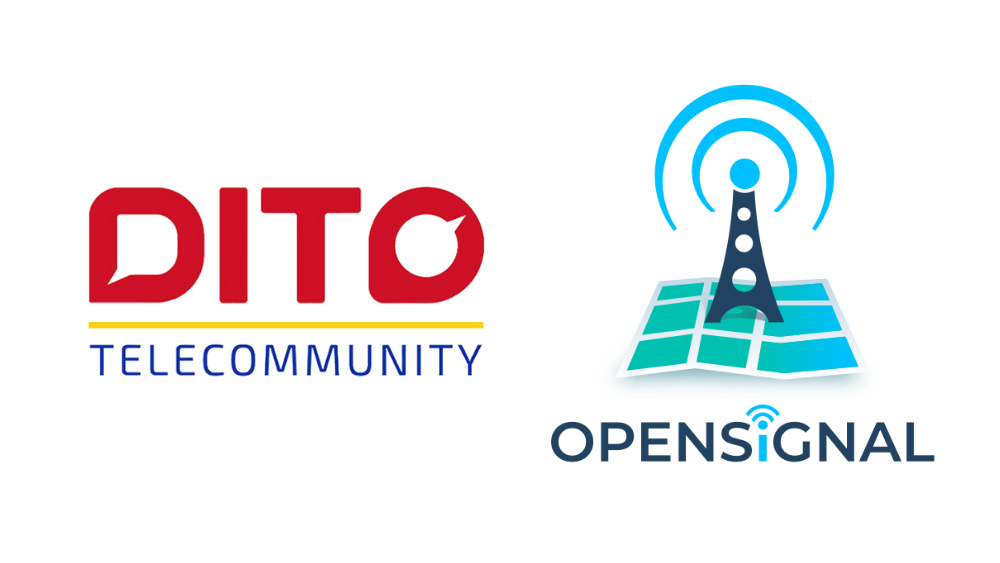 The report indicates that DITO users are heavily concentrated in Metro Manila, Cebu, and Davao, as a high proportion of users are located in these areas. According to Opensignal, their initial look at the mobile experience of their DITO users in the Philippines shows that after an initial advantage immediately post-launch, their download and upload speeds in Central Metro Cebu and Davao City fell slightly to the point where they were similar to the overall scores of all operators.

DITO users’ Download Speed Experience is either around or below the average across all the operators. DITO’s scores range from 9.4 Mbps to 20.4 Mbps. “The initial declines in the average speeds seen by our DITO users are not surprising. It’s common for initial network launches to lead to a volatile network experience,” Opensignal noted.

On the other hand, in terms of the Upload Speed Experience in Metro Manila, DITO users reported significantly higher scores than all the operator average in the three 30 day periods that Opensignal analyzed. 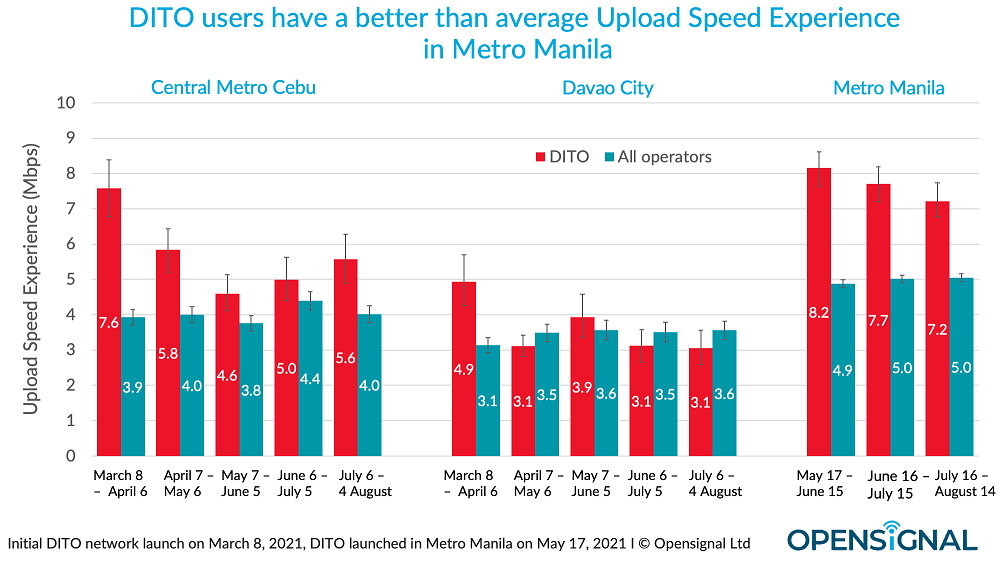 “However, as a degree of volatility is normal for newly launched operators, it’s important to monitor and analyze how the experience evolves over time,” said Opensignal.

The Video Experience scores of DITO users and the all operator average were placed in the Good (55-65) category in Central Metro Cebu and Davao City. However, in the first 30 day period that they examined in Metro Manila, both their DITO users’ Video Experience and the all operator average placed in the Very Good (65-75) category.

As per Opensignal, a Very Good Video Experience indicates “generally fast loading times and only occasional stalling, but the experience might have been somewhat inconsistent across users and/or video providers/resolutions.” On the other hand, a Good Video Experience implies “a less consistent experience, even from the same video streaming provider and particularly for higher resolutions, with noticeably slower loading times and stalling not being uncommon.”

It is also worth noting that the speed and Video Experience of DITO users will likely change over time as DITO’s network matures, becomes available in many more locations, and as DITO grows its customer base and the network becomes busier.

Furthermore, Opensignal mentioned that these initial results are “impressive and bode well for the market’s long-term competitiveness,” given that DITO’s competitors – Globe and Smart – have had far longer to roll out their 4G networks.

The analytics company will continue to report on the mobile experience of their DITO users and include DITO in their regular mobile network experience reports in the Philippines.