The Department of Science and Technology – Philippine Institute of Volcanology and Seismology (DOST-PHIVOLCS) will present a new technology product dubbed as Spectral Acceleration Maps of the Philippines (SAM PH) Atlas. According to the DOST-PHIVOLCS, the SAM PH Atlas is capable of helping engineers in the creation of earthquake-resilient infrastructures, particularly in high-risk areas. 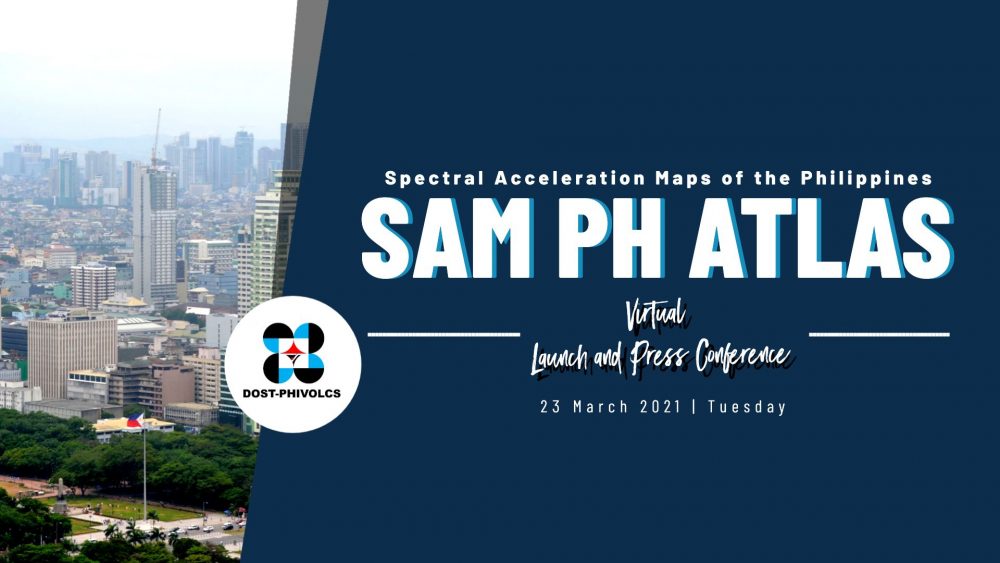 As per the DOST-PHIVOLCS, the SAM PH Atlas supports the Build! Build! Build! Program of the Government as it can serve as a reference for future engineers, building designers, and urban planners in the establishment of critical facilities such as hospitals, dams, power plants, roads, bridges, and railway systems that is capable of withstanding intensity VIII earthquakes. This can also be used for the assessment and retrofitting of existing structures to conform to the building standards.

Along with the Earthquake Model Atlases for the Philippines, Metro Manila, Metro Cebu, and Metro Davao published from 2018 to 2019, the SAM PH Atlas will also provide science-based information for urban development, risk assessment, and site-specific insurance rates and coverages.

“We firmly hope that this latest atlas will be utilized by all stakeholders for decision-making in building safer structures and facilities and for strengthening the resiliency of our communities,” said DOST Undersecretary and PHIVOLCS Officer-in-Charge Renato U. Solidum, Jr.

The Atlas maps also contain maps of historical earthquakes from 1619 to 2015, active faults, and trenches in the country. These spectral acceleration maps may be adopted in the 8th Edition of the National Structural Code of the Philippines, which is planned for a 2022 release. A digital copy of the atlas will be made downloadable for free on the DOST-PHIVOLCS website.

The launch and turnover of SAM PH ATLAS from DOST-PHIVOLCS to the Department of Public Works and Highways (DPWH) and the Association of Structural Engineers of the Philippines (ASEP) will be held tomorrow, March 23, at 9 AM via Zoom.