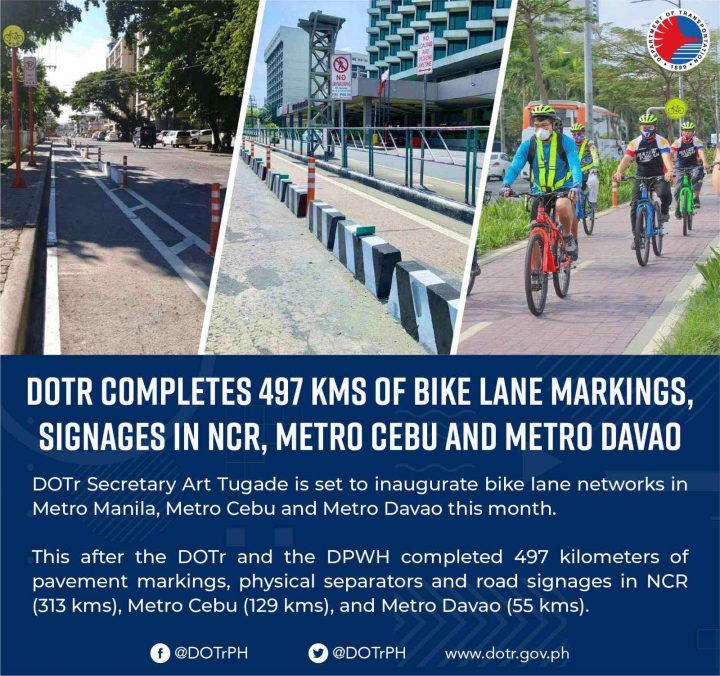 DOTr, alongside DPWH, has completed 497kms of pavement markings, physical separators, and road signages in the three metropolitan areas.

In NCR, the DOTr and DPWH completed 313kms of pavement markings, physical separators, and road signages amounting to PHP 800 million. For Metro Cebu, the agencies completed 129kms for PHP 150 million and 55kms in Metro Davao for PHP 145 million.

The total disbursement for the three projects amounted to PHP 1.09 billion under the Bayanihan Bike Lane Networks Project. Transportation Secretary Art Tugade said the installation of pavement markings, physical separators, and road signages shows how committed the DOTr is in promoting active transportation and ensuring the safety of pedestrians.

“We intend to provide commuters with access to faster, and efficient means of mass transportation; and to open infrastructure for active transportation such as walking and cycling,” Sec. Tugade said.

The DOTr is targeting to inaugurate completed bike lanes in Metro Cebu, Metro Davao, and NCR within this month.