Essential, a smartphone company headed by Android co-founder Andy Rubin, confirmed that the company has been working on a device called Project GEM. Images of the Project GEM smartphone were posted on the company’s official Twitter account. The upcoming device from Essential has a tall and narrow form factor, rather different from the smartphones in the market today. It’s reminiscent of a television remote control, except that it’s a full touch panel. 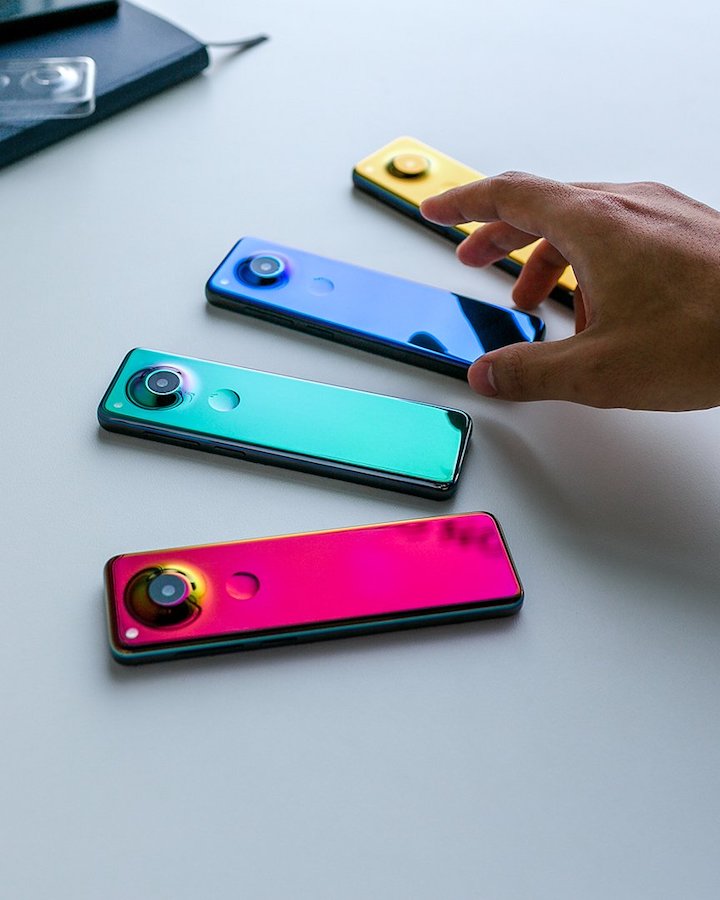 On the rear, the GEM device has a rather large protruding camera on the upper part, while what seems to be a fingerprint scanner is situated below it. The tweet also shows the smartphone in the colors of red, green, blue and yellow.

Andy Rubin also posted a few more details of the Project GEM device on his personal Twitter account. In one tweet, Andy Rubin stated that the GEM has a colorshift material to it. The video shows off how the device changes from one color to another, depending on the angle.

Rubin also uploaded a closer look at the GEM’s display. Up top, one can also see what seems to be a hole-punch camera on the upper left corner of the screen.

Essential has yet to reveal other details of the smartphone, such as its operating system, UI, specs, and the like, stating that the company will share more about Project GEM in the “near future”.

We've been working on a new device to reframe your perspective on mobile. It's now in early testing with our team outside the lab. Look forward to sharing more in the near future! #ProjectGEM pic.twitter.com/BnVy7yM2Kj