Facebook has officially launched its newsletter subscription service, the Bulletin. 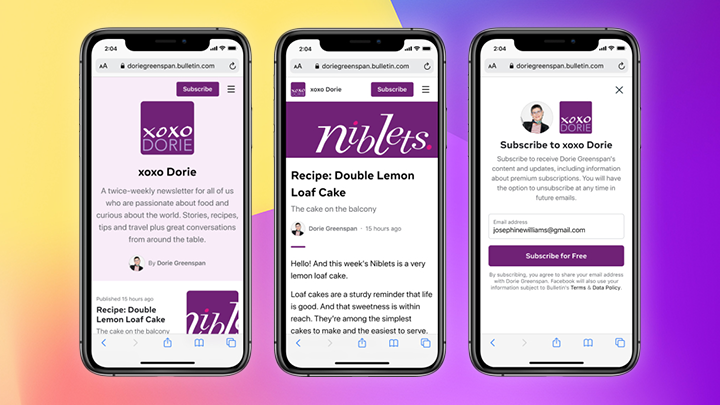 Similar to the already prevalent newsletter platforms like Substack and Revue, it aims to give independent writers a wider reach by directly connecting them to readers rather than the traditional process of going through existing publications.

In a recent conference call with reporters, Mark Zuckerberg highlighted the objective of the new writer’s platform, saying, “The goal here is to support millions of people doing creative work. More and more independent writers are discovering ways to use their voice and make money through other avenues, similar to the ones we’re introducing here.”

See also  5 Types of People We Unfriend/Unfollow on Facebook

Before their launch, Facebook spent months recruiting a diverse set of writers from different genres and niches with an incentive of an upfront payment. Currently, they have managed to include New York Times writer Malcolm Gladwell, renowned author Mitch Albom and even organizational psychologist Adam Grant into their roster. However, reports say that Facebook is already on the move to partner up with more writers, including those that specialize in local news. 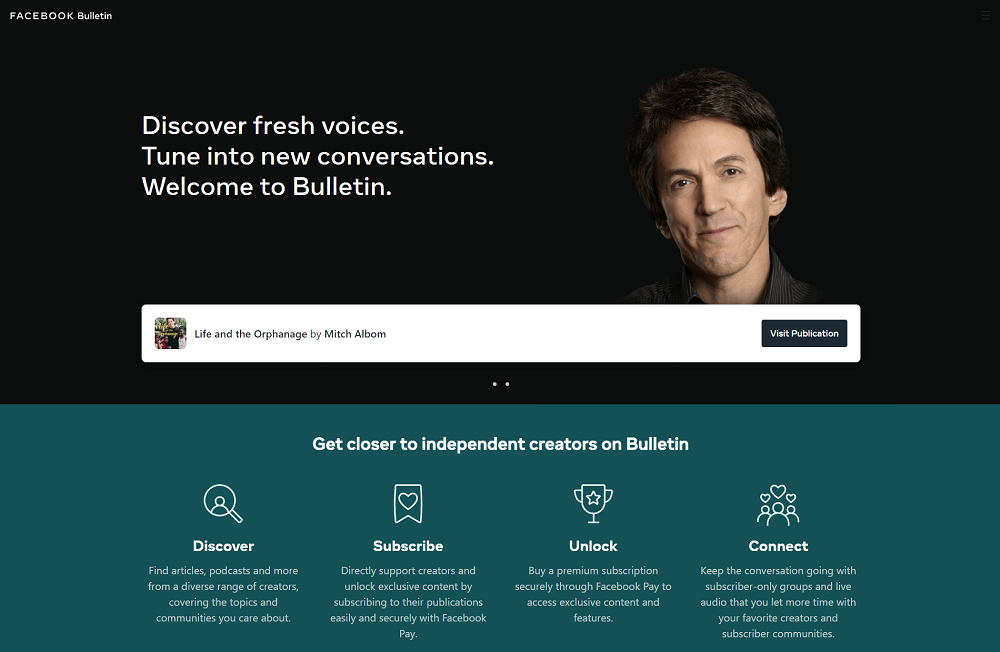 Those who use Bulletin will not only have the vast reach of Facebook to amass their following but will also have the liberty of promoting their podcasts and audio projects through Facebook Live or Live Audio Rooms. In addition, they will also have access to the platform’s publishing tools that provide a highly customizable standalone website under the writer’s personalized brand.

In line with Zuckerberg’s mission of granting the freedom of voice to its users, Facebook will not take any cut from any subscription fee at launch. “The best creators are going to go to the platforms that give them the best tools that help them build the best businesses, and ultimately that gives them the most freedom,” he said.