Facebook surprised a few of its US users when a “downvote” option suddenly popped up in their comments on threads and posts. Facebook has since claimed, according to The Daily Beast and Techcrunch, that they are exploring a new feature to get feedback from users about comments on public page posts.

Facebook is stating that this is in no way a “dislike” button, despite the eery similarity. The button seems to allow users to push down certain comments from a thread or post. Effectively, reducing its visibility. The whole purpose of the feature is to flag and hide inappropriate content. While Facebook has yet to officially announce if this feature will be implemented, they did say that only a handful of US users have access to it. 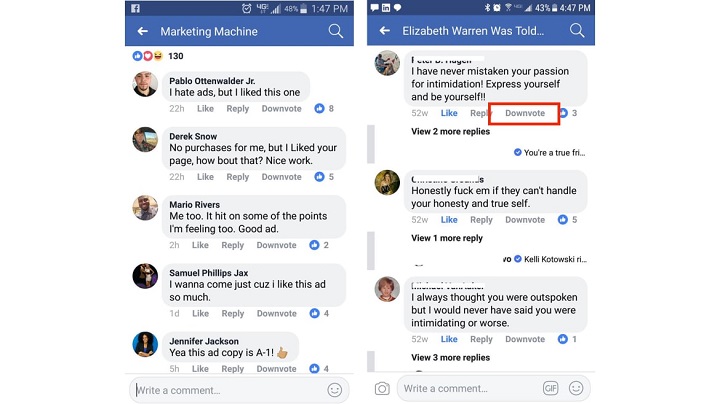 Image By The Daily Beast

The social media platform has been known to test certain features that never see the light of day. So it’s best to assume that the feature’s implementation may or may not happen.