Garena’s new, and first MOBA called Arena of Valor has just opened its doors for pre-registration. 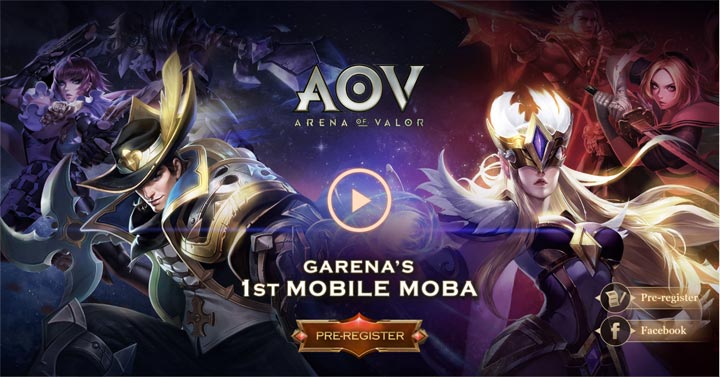 Arena of Valor is a MOBA game for smartphones, which consists of 3 game modes. The main mode is a more conventional game mode, same as what you’d see on existing MOBAs out there like League of Legends, DotA 2, Mobile Legends, etc. Every match consists of 10 players, split into two opposing teams. The main objective of the game is to destroy the enemy’s “nexus“, or the main structure. There are currently more than 30 characters with different roles in which players can choose from. It is also said that for every 3 games played, players will receive a new hero.

Garena is an internet platform for games, and has been hosting the likes of League of Legends, Heroes of Newerth, and others in South-East Asia. They have partnered with Tencent Games, which is known titles such as Archeage, Cross-Fire, Monster Hunter Online, Blade and Soul, and much more.

Pre-registration is now open for players who want to enter Arena of Valor’s battlefield. (Click here to go to their website). Players who do so will receive rewards when the game officially launches. The game will be available on Android and iOS.