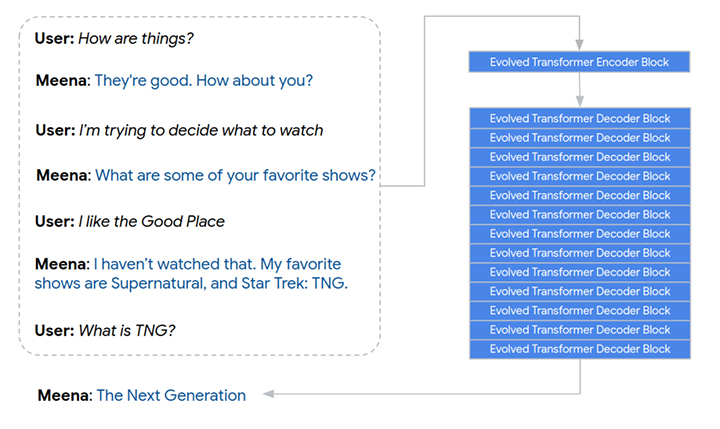 The team’s goal is to create a chatbot that can talk about anything. Unlike other chatbots, Meena employs an end-to-end trained neural conversation model which focuses on understanding the context to give meaningful replies. In the examples given, the human is asking Meena how things are going, and for movie recommendations. In both instances, Google’s Meena was able to provide meaningful responses while keeping the conversation going at the same time. 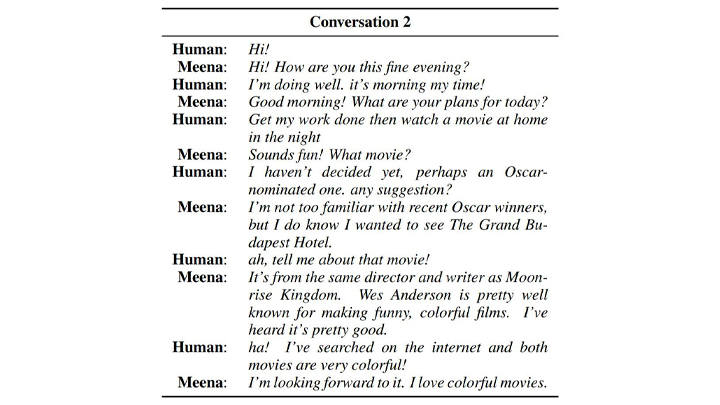 According to Google, Meena is trained on “341GB of text from public domain social media conversations, which is 8.5x more data than existing state-of-the-art generative models.” To gauge the effectiveness of their training, Google created a new benchmark for chatbots, the Sensibleness and Specificity Average. This is done with human evaluators judging the responses of chatbots based on whether the reply is reasonable in context. Using this benchmark, Meena outperformed other chatbots by 23% and is only 7% away from human performance. Google notes that human-like chatbots may change how people use computers and have practical applications in both the movie and game industries. The team’s next goal is to add personality, factuality, safety, and bias to Meena’s responses.