Earlier this month, the IATF has decided to allow motorcycle back riding for couples, with a few restrictions. Among those is the installation of a physical divider. 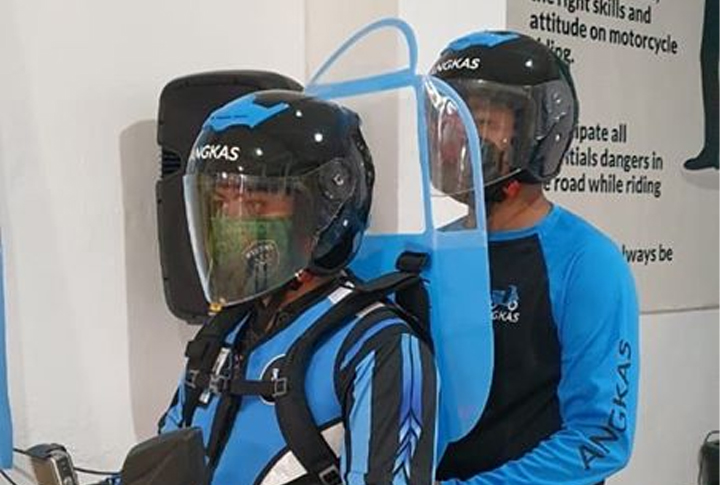 Joint Task Force COVID Shield Commander Lt. Gen. Guillermo Eleazar has announced that they will be extending the deadline for the installation of the said barrier to July 26, stating, “Sa July 27 na po kami manghuhuli kung sakaling may violation doon.”

Currently, there are two approved barrier prototypes – including a physical divided attached to the motorcycle as designed by the Bohol government, and a wearable backpack-type barrier designed by Angkas. The IATF said they are lenient when it came to the barrier used. According to Eleazar, “As long as ito po ay kahawig, kawagis o kapareho ng ating mga prototype—na inilabas naman pati sukat, measurement at mga gamit—iyon naman po ay ia-allow natin.”

Eleazar did, however, remind people that motorcycle back riding is only allowed for married couples, common-law couples, and live-in partners. As of Monday, the task force has flagged down 9,000 pairs of unauthorized back riders.