Lenovo is also starting the year in a busy fashion as they announced a number of different devices in CES 2018. Two of these devices are a VR (Virtual Reality) headset, The Lenovo Mirage Solo, and a VR camera, the Lenovo Mirage. 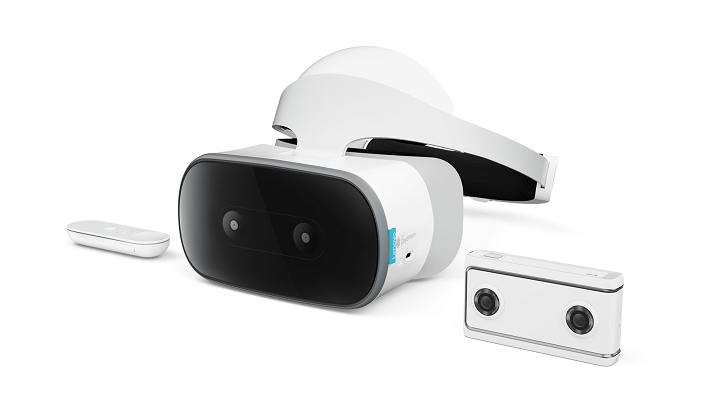 First up is the Lenovo Mirage Solo headset with Daydream. Lenovo partnered with Google to bring the tech giant’s Daydream VR platform to the Mirage Solo in order to introduce a stand-alone VR device. It brings to the table a new way of experiencing VR as all the tech you’ll ever need is integrated into the headset, connection to a PC or mobile device is no longer needed. 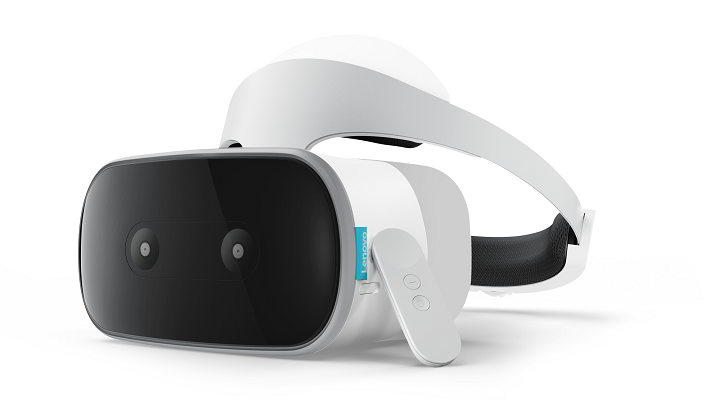 The Mirage Solo will make use of WorldSense on Google’s Daydream platform which allows users to move around their virtual environment and fully immerse themselves in a wide-range of content including exploring Acropolis at Athens and traversing the universe of the Blade Runner franchise, among others.

Powering the device is Qualcomm’s Snapdragon 835 VR platform, 4GB of RAM, a Daydream controller, and about 7 hours of battery life. It features a 110-degree field of view and built-in tracking cameras and sensors to fully sense the user’s head movements. Lenovo is promising to bring in a rich VR ecosystem by introduces new apps expand the Daydream database. 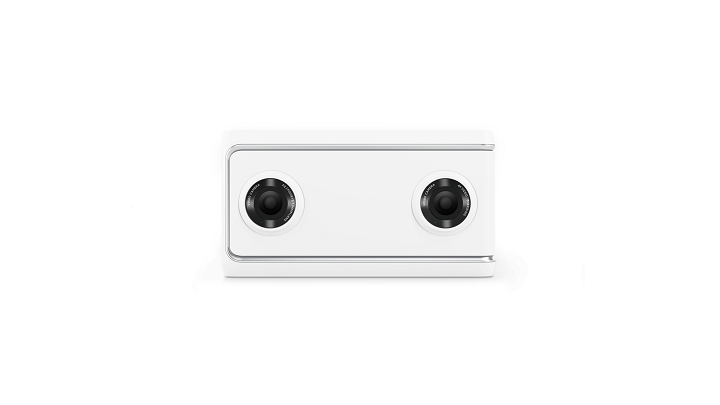 Apart from the VR headset, Lenovo also partnered with Google to introduce a camera with the Daydream VR technology — The Lenovo Mirage. The camera is used to create virtual reality content that could easily be uploaded to a user’s Google Photos and YouTube account in the new VR180 format, Google’s simplified format for virtual reality content. With VR180, the Mirage camera becomes family and user-friendly allowing users to just point and shoot at their subjects without the need for extensive editing and specialized gear. The device itself has a relatively small form factor and is powered by Qualcomm’s Snapdragon 626 connected camera platform, 2GB of RAM, an integrated X9 LTE modem, 16GB of onboard eMMC storage (expandable to 128GB), USB Type-C, and a removable battery with around two hours of continuous usage. As for its lenses, it is equipped with dual 13MP fisheye cameras with a 180 x 180-degree field of view. It features three distinct modes — photo, video, and live broadcasting. The user’s smartphone can even act as a viewfinder via Google’s VR180 mobile app and can be paired directly with the camera via Wi-Fi Direct.

Both devices are expected to arrive on the market in the second quarter of 2018. Pricing has yet to be announced.