In a press release published on January 27, 2017, the LTFRB has ordered Wunder Carpool and Angkas to cease their operations as they have not coordinated with the agency. Wunder Carpool is an urban carpooling platform founded in 2013 in Germany. Angkas, on the other hand, is an on-demand motorcycle taxi service. 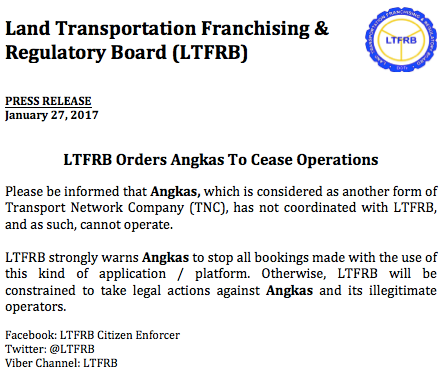 The LTFRB has warned both TNCs to “stop all bookings made with the use of this kind of application/platform.” Otherwise, the LTFRB will be constrained to take legal actions against the operators.