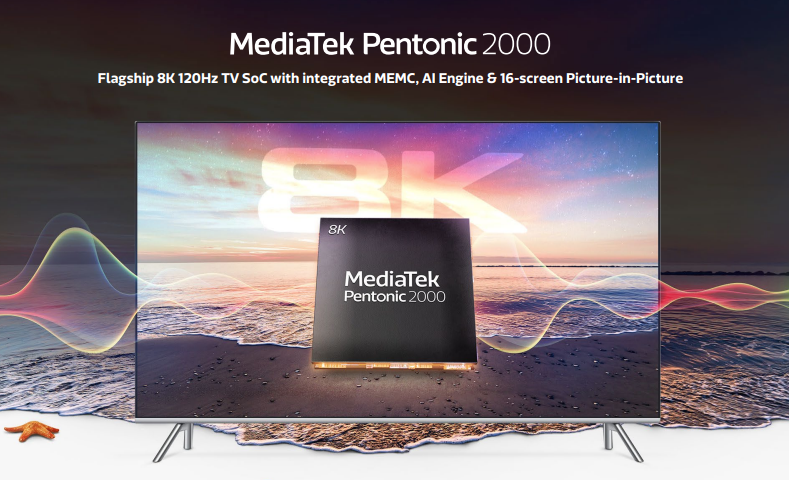 The Pentonic 2000 is dubbed as the world’s first commercial TV chip manufactured using TSMC’s N7 (7nm-class) process, delivering unparalleled performance and power efficiency. In addition, this chip supports 8K 120Hz displays and can even support 144Hz for gaming PC hardware and the ninth generation of consoles.

MediaTek also claims that the chip is equipped with the TV industry’s fastest CPU and GPU, fueled by an ultra-wide memory bus and UFS 3.1. What’s more, MediaTek Wi-Fi 6E or even 5G cellular modems can be used by device makers to provide the fastest wireless internet connectivity for 8K streaming media or up to multiple streamed sources displayed at once.

The MediaTek Pentonic 2000 will power next-generation flagship 8K TVs that are expected to launch in the global market in 2022.