Motorola has unveiled a new over-the-air charging solution that was featured earlier this year at CES. This over-the-air wireless charging hub can charge more devices at greater distances than ever before. 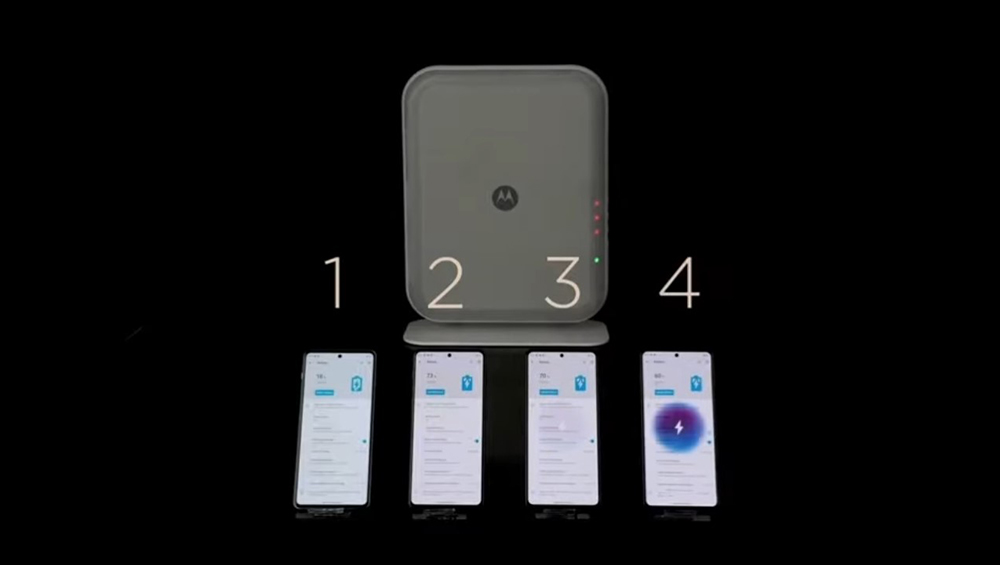 The company has revealed that this new wireless charger is its second generation featuring a charging distance of around 3 meters compared to the previous 1-meter distance of the first generation.

The new unit has 1,600 antennas, complete with an independent charging management chip and technology that enhances heat dissipation. In addition, Motorola’s tech is capable of recognizing a human body to pause its power automatically to avoid causing harm to humans.

The charger also covers an arc of over 100-degrees, so it can beam power to phones even if they are off to the side. The new charger also addresses another limitation found on the first-generation model, as it can now charge devices even if there is an obstruction. The new wireless charger can simultaneously charge four devices.