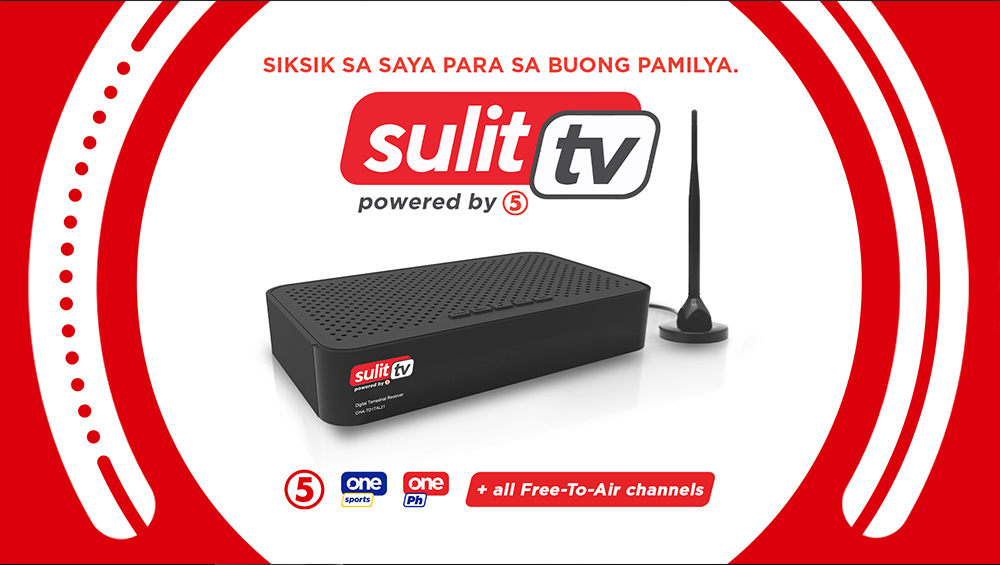 The new Sulit TV box will feature free-to-air channels that are transmitted digitally. This technology enables clearer reception and wider coverage across the country.

The Sulit TV digital box will feature channels such as TV5, One Sports, and One PH. Other features of the Sulit TV box include live recording with just a press of a button or multimedia playback of videos and music saved on a compatible USB device.

The Sulit TV digital box will retail for PHP 890 and will not have any monthly fees. It also includes a one-year warranty with the purchase.