Fresh from EA’s E3 2015 press briefing, developer EA Tiburon announces that NBA Live 16 is set to arrive in a few months and will be available both on PlayStation 4 and Xbox One.

Launching the same day as NBA 2K15 (September 29), NBA Live 16 is introducing some new features on the game like Live Motion. It is  a feature that was in the works for two full years. Polygon also reports that it fuses run-time physics with motion capture that creates thousands of additional animations for the players.

On top of that, there’s this new improvement on passing and catching system and revamped controls for pick-and-roll plays. 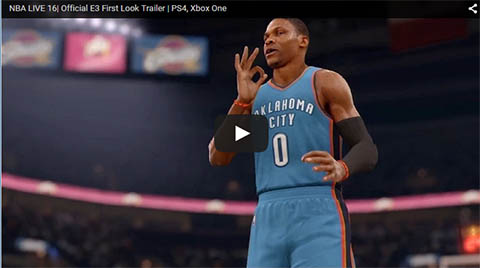 Last but definitely not the least, you may expect an app to go along with the release of the game that scans the face using GameFaceHD technology and creates an in-game version of yourself. It was demonstrated at the stage during the press meeting and was reported to be able to generate a personalized look using a smartphone’s front camera in less than 10 seconds.