Quietly released in the Philippines and offering an affordable 3G Jellybean tablet is the Neo OmniPAD. It features dual-SIM 3G connectivity and it runs on a dual-core CPU with 1GB RAM. 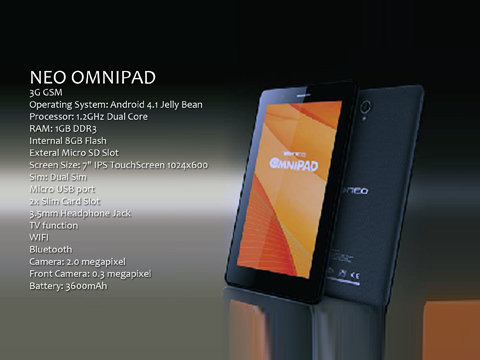 Neo already had a 10.1-inch Edge OmniPad back then but this one is quite different. It has a 7-inch display with a resolution of 1024 x 600 and dual SIM capabilities. The OS isn’t that much outdated too with Android 4.1 Jellybean.

For Php6,999, you can get that package with a lot more. CMK Cellphones has it listed here if you want to check it out.