Not only DotA: Crossfire, Point Blank banned in Cavite

In an update to our previous story, a new resolution in Barangay Salawag in Dasmariñas, Cavite added more games to join DotA on its no-play list.

UPDATE 12:08AM January 27: According to a facebook post coming from Salawag Barangay Chairman Eric Paredes, the said resolution is fabricated, and is not an official edict from their office. 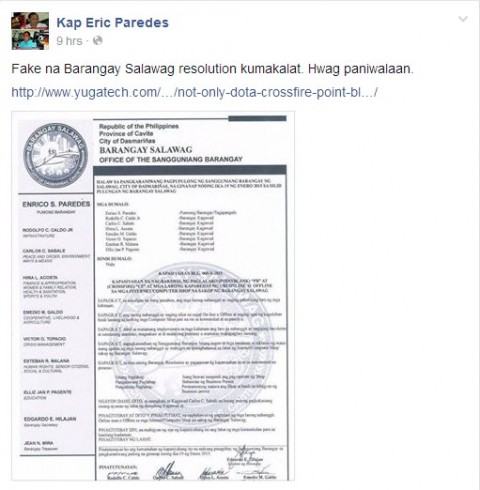 We’ll be taking it down so as to not cause any confusion. 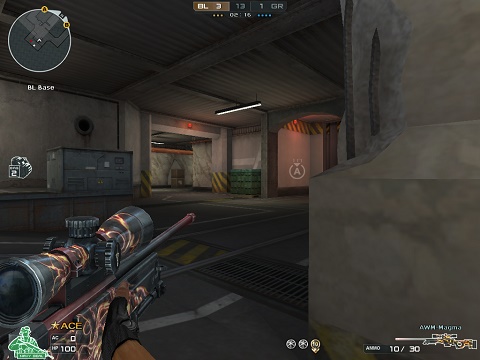 According to the Resolution No. 009-S-2015 approved by the Barangay council last January 19, both offline and online First-Person Shooter (FPS) games such as Cross Fire and Point Blank have been added to the list of games not allowed to be played in computer cafes in the said area. 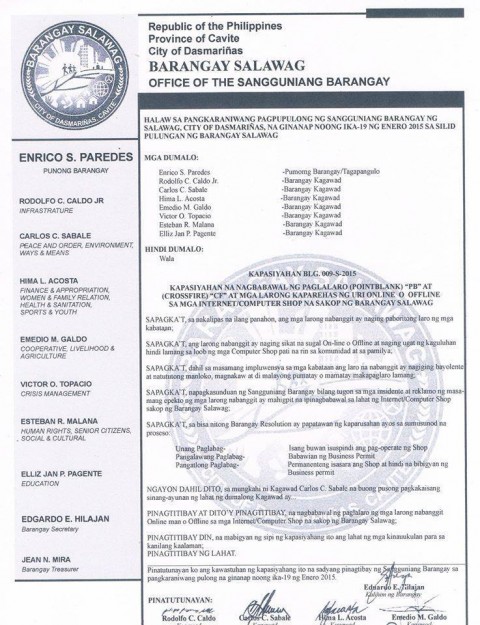 Salawag’s Barangay Council sees these games as roots of discord in peace and harmony not only in computer shops but also among families and the community as well. The games, according to the council, also inculcate bad virtues in children who play them such as swearing and cursing — even to the point where the youth steal and kill just to play them.

Computer shops that will be violating this ordinance shall be penalized with an initial one month suspension of operations, and a permanent closure with license forfeiture awaits those who have incurred repeated offenses.

Cross Fire is a highly popular free-to-play FPS game offering premium items as addons. The game is available worldwide, with players from over six continents and 11 distribution channels and revenues amounting to $1 Billion in 2013. Gameclub is the listed local publisher for the game.

Point Blank, on the other hand, is a fast paced online first-person shooter, which is very similar in terms of gameplay to Counter-Strike. It is developed by South Korean company Zepetto, and its Philippine operations are managed by Garena.