Oreo will roll out to Android Wear devices starting today

Oreo will roll out to Android Wear devices starting today

Hoi Lim, a Wearables Developer Advocate at Google, made a post to the Android Wear Developers Google Plus group that Oreo will start rolling out to Android Wear devices starting today. 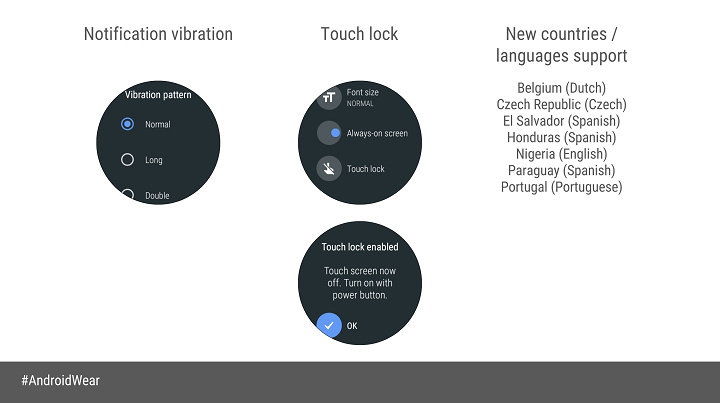 We first got wind of a possible Oreo update when Google announced that the LG Watch sport will receive a beta program of the operating system last month. Now, looks like that beta is over and Google has released the update. As for the changes, the new update includes notification vibration settings, a touch lock option, added support for 7 new countries/languages, among others.

While the update starts today, there has been no official announcement on particular devices that will or already support Google’s latest OS. According to Hoi, “Timing is determined by each watch’s manufacturer” so we’ll just have to wait for official statements from Android Wear manufacturers. We’ll also have to wait for the official changelogs to know more about the update.