realme has officially announced the launch date of its realme GT Neo2 smartphone on September 22 in China. 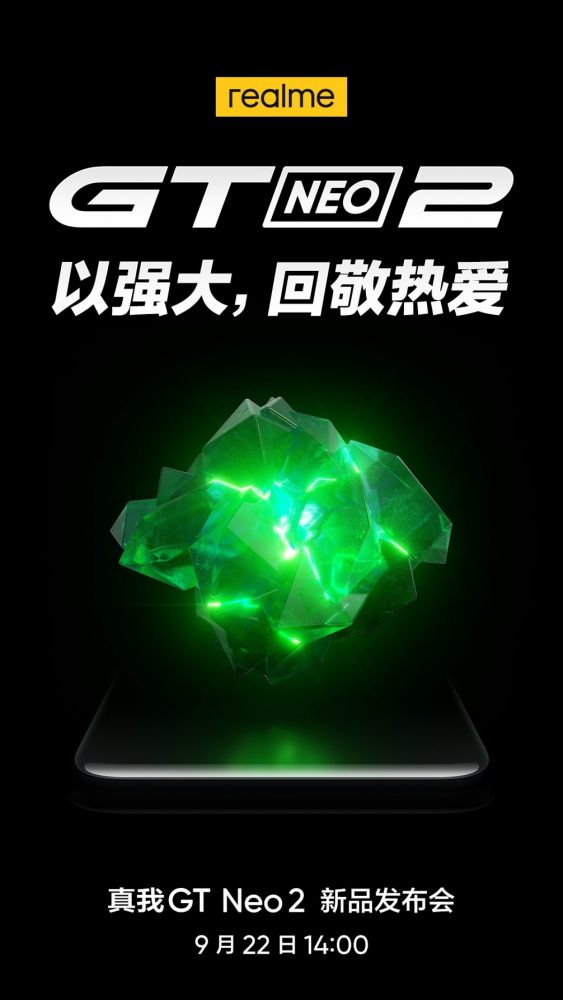 According to realme, the phone will be for “hardcore players”, as for its specs, reports state that it will be powered by a Qualcomm Snapdragon 870 chipset and will house a 6.62-inch AMOLED screen. Other specs include 12GB RAM for the Chinese market.

Other information about its specs, features, and price has yet to be released, but we expect to see more information surface close to its launch date on September 22. Stick around for more updates on this.