realme V15 to launch in China on January 7

realme V15 to launch in China on January 7

realme has recently announced the launch date of its latest smartphone inspired by Koi, the realme V15. In partnership with The Nation’s Greatest Treasures, realme will be launching the realme V15, also known as realme Koi, in China. Based on the official teaser images, the realme V15 (realme Koi) sports a gradient color finish with the brand’s ‘Dare to Leap’ tagline. Based on a report on GSMArena, the realme V15 will feature the Snapdragon 888 chipset, triple-rear camera setup with a 64MP main shooter, and a 4,000mAh battery. 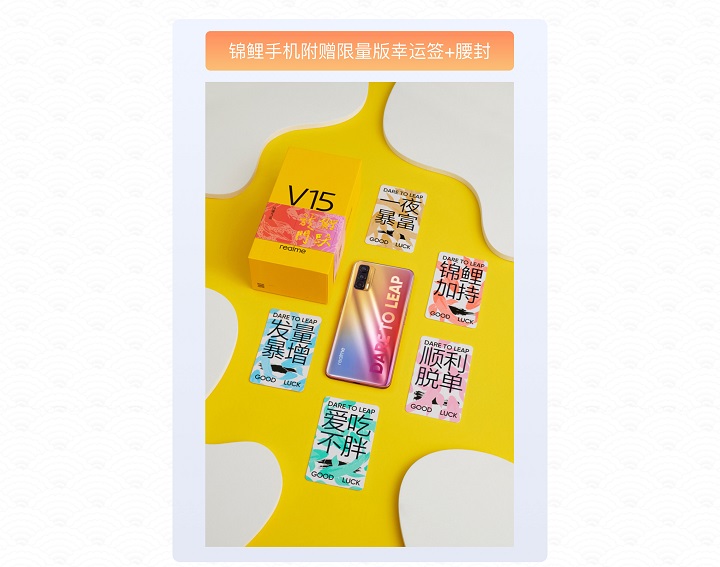 However, the realme V15’s packaging is expected to be available with the limited edition lucky sign and seal. The official launch will be on January 7, at 2 PM in China.