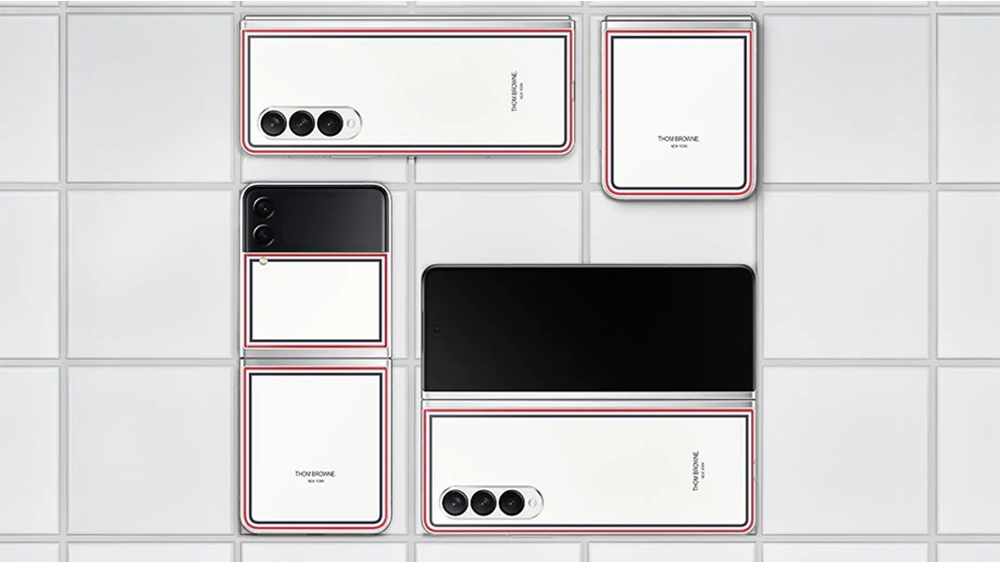 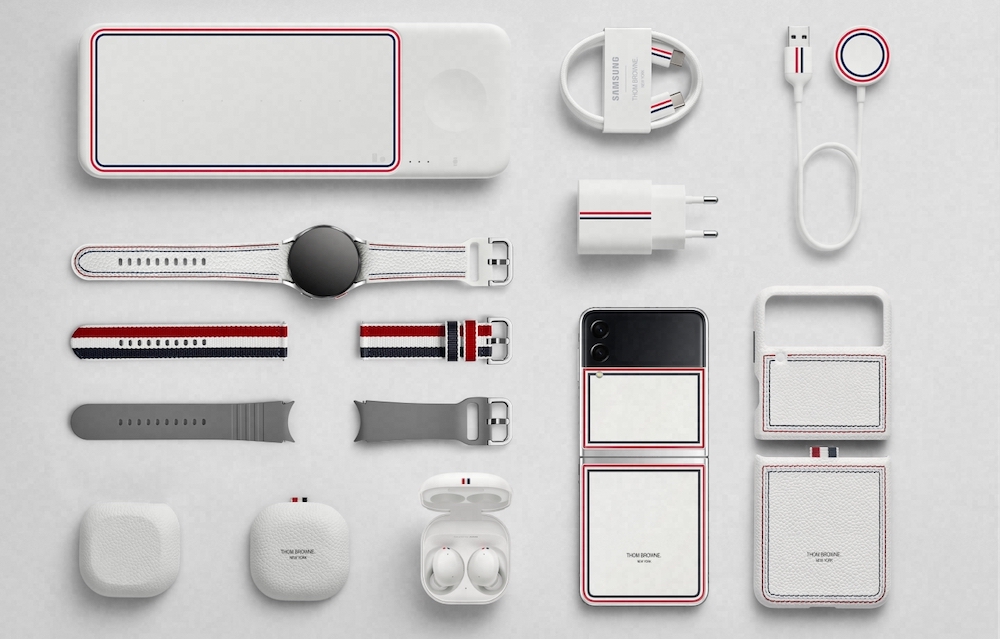 In line with Thom Browne’s vision of “contrast and cohesion, precision and spontaneity, stillness and movement”, all inclusions will sport the same matte white finish and Browne’s signature color borders. Likewise, a metallic silver hinge was adopted to enhance the reflectivity. 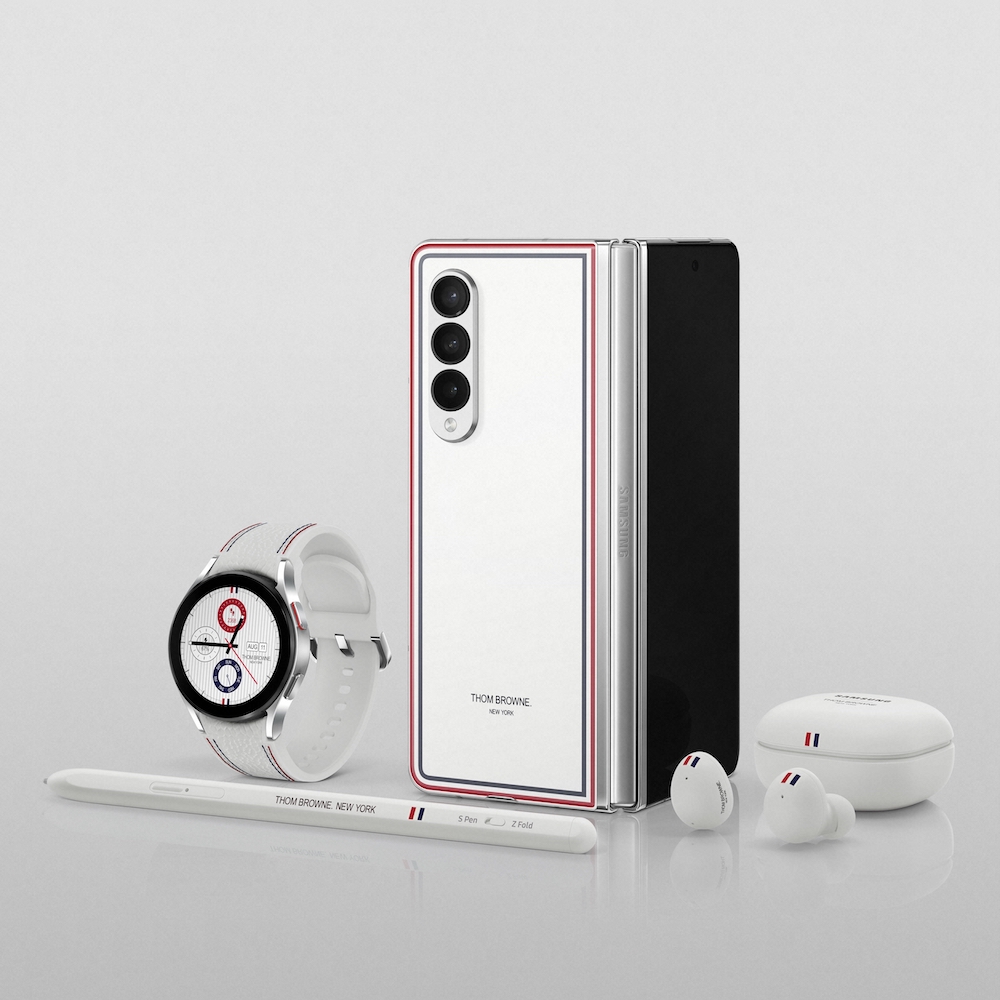 As for UI, Browne and Samsung partnered to bring an exclusive lock screen for the foldable devices featuring Browne’s original sketches and handwriting. Similarly, the Watch4 UI is also pre-installed with a watch face sporting Browne’s signature color-ways and design.