First up is the limited edition white, gem-studded Galaxy SII. The popular dual-core handset is draped with 129 Swarovski crystals to attract the not-so-macho market. This variant is set to be showcased at IFA in Berlin and will set you back â‚¬599 when it hit the shelves in October. 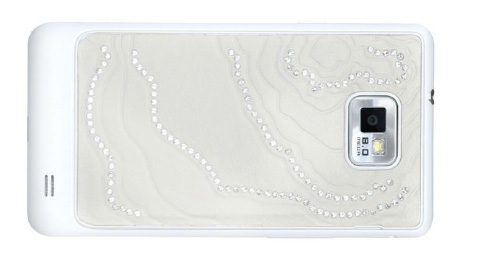 Lastly, Samsung added 4 more color options to their current flagship device. The Galaxy SIII, which was only available in two colors when it was announced (Pebble Blue and Marble White), is now available in Titanium Gray, Amber Brown, Sapphire Black and Garnet Red.