While the Samsung vs Apple patent trial may not exactly be that interesting to most of us, there are some interesting information that was revealed during the course of the trial. One of which is the South Korean company’s plan of unveiling two WP8 Smartphones before the end of the year.

Sammobile.com reported that Samsung will be releasing two Windows Phone 8 smartphones in the last quarter of the year — one mid-range and one high-end handsets. Both of these devices will boast a Qualcomm Snapdragon S4 MSM8960 dual-core SoC clocked at 1.5GHz. 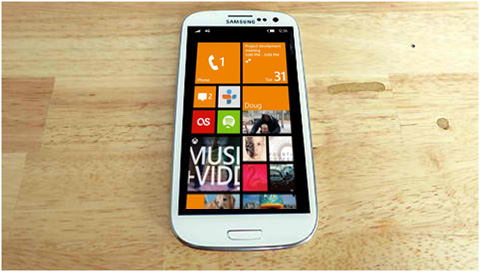 The mid-range one is said to have a model number GT-I8370. It’s basically a revamped version of the Omnia M from last year. It is rumored to have the same screen size and resolution of its predecessor (4â€ S-AMOLED WVGA display) and the same 5MP main camera.

The GT-i8750, which is allegedly the high-end model, will have the same screen size as the SGSIII with HD resolution and SAMOLED technology. For the camera, itâ€™ll have 8MP at the back accompanied with a 2MP on the side.

It said that the GT-I8370 will have an 8GB of storage while the latter will be available in 16 and 32GB variants. These devices will have support for storage expansion via Micro-SD; a feature that is new to the WP8 OS. And speaking of WP8 features, the GT-I8750 will also have NFC functionality which is also lacking on the previous version.

whatever the argument there is, i’m still very happy owning a nokia lumia 610- in black that is. happy because my fellows don’t mind what ever samsung galaxy y to n-th version they have, but i mind whenever they are always making a pause for a moment when ever they get to glance to my nokia lumia 610 phone -the under-rated nth power by people my fellows will never get to meet… that pause for a moment makes me feel how elegant my nokia phone is… i hope those people that my fellows will never get to meet, don’t mind about my satisfaction on my phone… on the other hand, i know my phone capabilities are… i really liked the multitude of free applications and games in windows market, so many choices… nice info steelicon… but i guess nokia is microsoft’s “apple of the eye”…

I think Nokia’s coming WP8s are better. and Sammy should just stick with Android. NOt because hindi nila carry. kung baga, pag aku ang user ng device na to, i’ll prolly feel like having an Android phone with a WP8 launcher. Ganun.

which is better? android or windows phone?

Nokia is not hands on with Windows Phone 7.x / Windows Phone 8. They are relying 100% on Microsoft. The manufacturing is done in Compal and Foxconn, factories in China and other countries, using off the shelf generic components.

The only “PURE” NOKIA phone left in the market is the Nokia 808 PureView.

Soon HTC, Huawei, ZTE, Acer, Lenovo will join Microsoft as OEMs for Windows PHone 8. Nokia will be demoted from full independent manufacturer to “just being one” of the many OEMs producing “just another” Microsoft phone.

WOW ! Samsung Technologies is really great.
Otherwise, they are still facing a controversy about Apple’s latest stub. We’ll it’s nice to hear about WP8 but i thought they’d better stick to android phones, because perhaps if it will be launched Nokia will be their next enemy. HAHA :D

So now it’s Samsung vs. Nokia.

Yet Samsung kills it through its hardware.

Let’s see. This will exciting.

Nobody wants a Samsung for WP. If you want WP, go Nokia. Simple as that.

ahahahahahaha can i buy POT from you coz you seem to be smoking the good weed?

my primary phone is a Samsung Focus i917 i got May 2011 for roughly $400 at ATT and i got it unlocked for $12 put a Patriot 32gb msdhc on it primarily for DVDrips(like the fresh torrent Avengers)which works amazing with the Volume Boost Hack, Dev Unlocked it with WindowBreak(google it)sideloaded XAPs like oh the BEST SMARTPHONE GPS around NOKIA DRIVE 3.0 XAP which works amazing offline(i suggest sir Yuga to make an article about Nokia Drive)

I guess I’m Nobody because I want one.