Starlink starting this end of 2022, monthly service fee of around PHP 5,500

It was confirmed last Wednesday that the Low Earth Orbit satellite internet services of Starlink will be launched by December 2022 based on the report of Ted Cordero of GMA News. 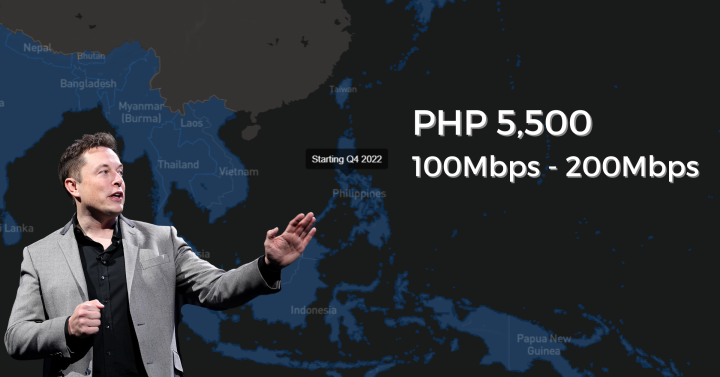 This was confirmed during the press briefing in the Manila Hotel that the Starlink representative Rebecca Hunter aims to provide the Starlink services by the end of 2022.

Based on Hunter, the Starlink Router kit will cost USD 599 which is around PHP 33,000+ which she said to be a “one-time equipment purchase”. For the monthly service fee, it’ll be USD 99 or PHP 5,500 per month with no data caps.

Based on National Telecommunications Commission, Starlink will offer fast satellite internet and low latency of download speed between 100Mbps to 200Mbps.

It was early announced by the Department of Trade and Industry that the Philippines will be the first in Southeast Asia to experience the known Starlink Technology.

Hunter cleared up that Starlink services are “complementary to the services of the current providers and not a competitor.”

A potential base of operations for Starlink is the Freeport Area of Bataan located in Mariveles Bataan.