This version of Augmented Reality is creepy

This version of Augmented Reality is creepy

Wearable augmented reality technology is very promising. It will literally change how you look at your surroundings, keeping you well-informed while hopefully, making you smarter.

The closest thing we have with that kind of technology is Google Glass which is currently under development. 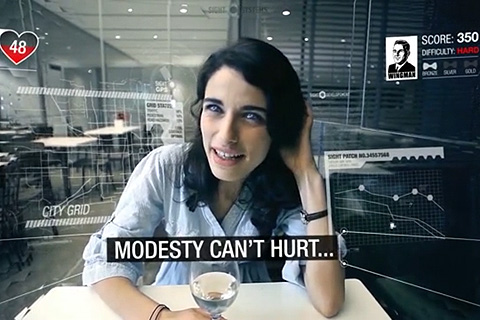 Fast forward into the future and we can expect augmented reality to be perfected just like how it is depicted through the world of â€œSightâ€. It’s technologically awesome but psychologically creepy. Watch the video below to find out why.

The video suggests the other side of how technology will affect us in the future. It might be exaggerated but I donâ€™t think it’s impossible. Personally I donâ€™t like the idea of replacing physical aesthetics with virtual ones â€“ I still want my living room fully furnished.

And the use of a dating app? Seriously??? Real men do not depend on technology to impress a girl. Sure, you can use it to a certain point but DO NOT depend on it. Bro fist if you agree.