Google Nexus 7 unboxed, in the flesh!

Google Nexus 7 unboxed, in the flesh!

The Google Nexus 7 that we pre-ordered in the US arrived this afternoon. We immediately unboxed it to share with you some first impressions and a few more photos.

We got the 8GB model and though the listed price is just $199, the landed cost is a bit higher than expected (that does not include the states taxes and the US shipping cost which will set you back around $30 more). 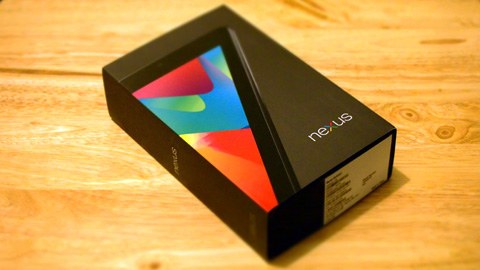 The box that came with the Nexus 7 is pretty simple but it reminded us of the boxes used by Asus on their Zenbook and the Transformer tablet.

There weren’t much accessories that came with the tablet — just a thin manual, the charger and micro-USB cable. No earphones included or even a simple case or sleeve. For a $199 tablet, one cannot really expect much. 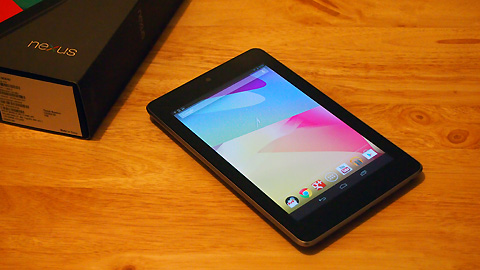 At 7-inch, the Nexus 7 can still be held with one hand. The IPS display looks really good with the 720p resolution. Android 4.1 Jellybean feels smooth and snappy on the device but we can hardly find any significant cosmetic difference between it and ICS. Only when you really dig into some of the features like the Google Cards or Android Beam will you see that goodness of Jellybean on this device.

The tablet is a little thick at 10.5mm, the rubbery back panel feels soft and those small dimples are hardly noticeable.

Here are some of the few photos we took:

Here’s the screenshot of the Home screen. Got a little confused with adding widgets since it’s no longer accessible on the top right corner or via the settings (or even when holding down the screen). 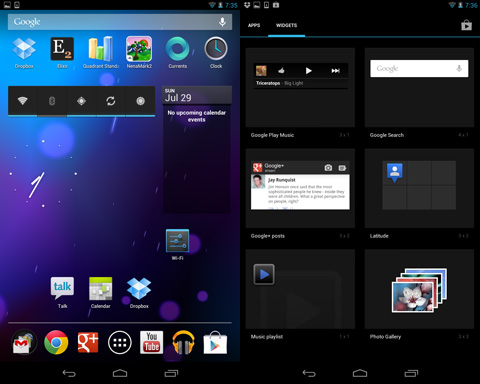 The Cards worked just fine and feels like S Voice on the Galaxy S3, Chrome Browser is pre-installed and the offline Maps isn’t really that “offline”. You can check the full overview of Jellybean features here. We ran a couple of benchmarks and the results are pretty much expected (since we already tested a similar specs on other Tegra 3 devices). Quadrant score is 3,442 and Nenamark 2 is 55.7fps. Antutu Benchmark would not install and is incompatible at the moment. We did not notice that display issues that we reported here earlier. However, we noticed that the unit we had has this a little defect — the glass display is a little separated from the tablet (and protruding by half a milimeter) on one side. The edge feels loose and needs to be glued back from the inside, I suppose. In any case, we’ll take a closer look in the next couple of days and publish the full review. We were told by a source inside Asus PH that the Nexus 7 will be released in the Philippines by end of August.