It’s not all glitz and glamour for the Nexus 7. Some of you may already know this but, the product engineers at Asus were given only four months by Google to produce a working tablet. Yes, just four short months. Even Asus’ Chairman Jonney Shih wasn’t sure whether they’ll be able to overcome the challenge or not.

Obviously some sacrifices were needed for such a short deadline, that probably includes a shortened product testing period.

For whatever reason, I am not surprised that some early adopters of the flagship device from Google — the Nexus 7 tablet, is said to be plagued with display problems. 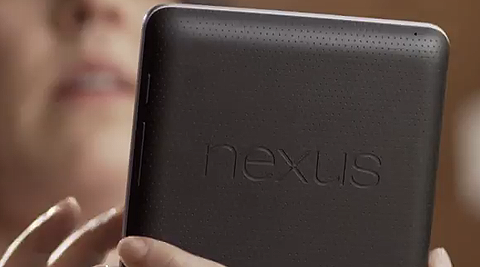 According to a couple of forum posters from XDA Developers, some Nexus 7 tablets suffer from really bad image retention and random screen flickers.

The image retention issue is said to be “extremely noticeable,” as mentioned by David Ruddock of AndroidPolice, “we’ve confirmed it on at least two I/O Nexus 7 tablets.” he added. The ‘ghosting’ on the display does not seem to disappear instantaneously, it often takes almost 2 minutes for the burnt-in image to disappear even after switching between apps and scrolling through the homescreens.

One user (on the other hand) posted a comment on XDA Developers stating that his Nexus 7 “flickers horrifically when the brightness is at minimum and Chrome is loading a new page. I’m hoping someone (or a few of you) can reproduce this to make sure I don’t have a lemon.” The poster’s issue is more likely to be a glitch of the Jelly Bean 2D GPU hardware acceleration that the Chrome browser is taking advantage of as I have previously experienced this on the stock LPY ICS 4.0.3 firmware for the Galaxy Note.

While the display issue maybe a nature of IPS display panels or more of a manufacturing defect rather than a problem due to a premature release, it just goes to say that consumers may sometimes want to wait a little longer for OEMs to iron out the kinks in both the hardware and software of their newly released devices to make sure that they don’t receive a lemon.

I for one, have also experienced a couple of hardware issue when I first bought my Galaxy Note (N7000 variant), the screen had a sickly green tinge when set in low brightness and the phone overheats badly even when I was just composing a text message. I soon found out that first versions of the Note suffered from this issue so I went back to the store right away for a replacement, fortunately I now own a perfect Note.

What do you think of the display issues plaguing the Nexus 7? Are you still planning on buying one or you would rather wait for a second revision? Let me know by posting a comment below.