Twitter Fleets will no longer be available by August 3

Twitter Fleets will no longer be available by August 3

Twitter has announced to end its Fleets feature on August 3. 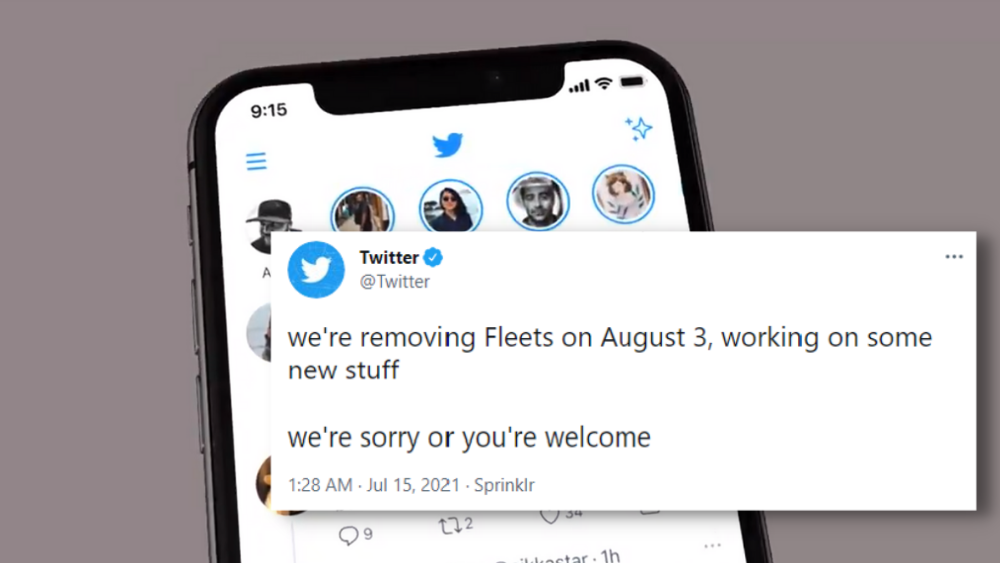 Just eight months after its launch, Twitter Fleets is shutting down due to low usage. According to the platform, they haven’t seen an increase in the number of new people joining the conversation with this feature.

Twitter also revealed that they would soon test updates to the Tweet composer and camera to incorporate features from the Fleets composer – like the full-screen camera, text formatting options, and GIF stickers.

“We’re evolving what Twitter is, and trying bigger, bolder things to serve the public conversation. A number of these updates, like Fleets, are speculative and won’t work out,” said Ilya Brown, Head of Product, Brand & Video Ads.

we're removing Fleets on August 3, working on some new stuff

we're sorry or you're welcome

“We’ll be rigorous, evaluate what works, and know when to move on and focus elsewhere. If we’re not evolving our approach and winding down features every once in a while – we’re not taking big enough chances. We’ll continue to build new ways to participate in conversations, listening to feedback and changing direction when there may be a better way to serve people using Twitter,” Brown added.